New PSA elegantly rendered in a style reflecting that of famed Choctaw artist Marcus Amerman was created using a mix of CG and stop-motion animation. 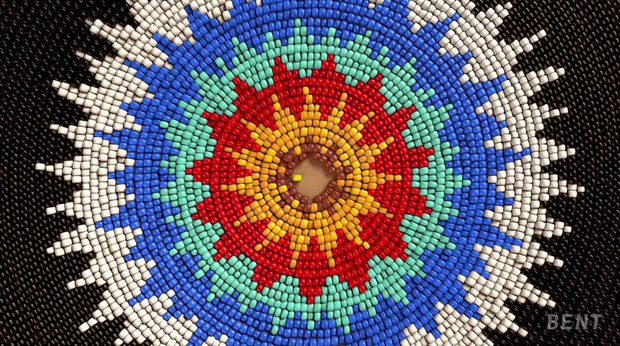 PORTLAND, OR --The American Indian College Fund is boasting a new PSA beautifully presented in Bent Image Lab’s recent collaboration with Wieden & Kennedy Portland. The piece, created to raise awareness for the under representation of American Indian Students in US colleges, is elegantly rendered in a style reflecting that of famed Choctaw artist Marcus Amerman.

“It was an honor to work for a cause I strongly support,” says Bent Director Chel White. “Wieden & Kennedy have held the account for American Indian College Fund for over thirty years which says a lot about them as an agency.”

Showcasing the difference one person can make, the spot’s message is brought to life through a carefully executed beaded animation metaphor. Opening on a single yellow bead, the camera pans wide to showcase additional beads joining the first in the creation of traditional Native American themes. As the images morph from one to the next, momentum builds with quotes from past AICF recipients “I use my knowledge to improve the health of my people” and “I prevent my culture from being forgotten.” The piece culminates with the beads creating the face of a young American Indian woman and we hear “I am college student, but I am only one percent,” entreating the audience for awareness and donation.

“From a technical point of view the job was also very interesting, in the sense that animating the beads required a new and different approach,” says White.  “We wanted to keep a sense of realism and texture and were keen to use stop motion. However, due to the sheer number of beads in the spot [over ten thousand], the project would have taken months to animate solely in this technique. To achieve a harmony of look and timeline, we chose to use a careful balance of stop motion and CG.”

Beginning with traditional stop motion to establish the real texture of the bead and buckskin background, the team switched to a CG execution as the animations became more complex. Keeping imperfection to the movement of the beads was just as important as the look of the beads to creating a sense of authenticity, and each bead was individually animated by Bent’s expert team to ensure organic movement.

“One of the things that is also special about the project is the collaboration and donation of some really notable artists,” said White. “Jim Jarmush’s Dead Man is one of my favorite films; Wieden & Kennedy was able to obtain the rights to use Neil Young’s theme song from the film for free, and Gary Farmer, an American Indian who starred in the film alongside Johnny Depp, agreed to do the voice-over for the commercial.”

“This is one of the lovely moments in advertising,” continued White. “When you get the opportunity to create an interesting piece, for a cause you believe in and with a group of people you are in awe of. It was an incredible experience all round.”