BENT Goes ‘Over the Garden Wall’ for Cartoon Network

Portland, OR-based animation studio conjures up a series of whimsical storybook promos for Cartoon Network's ‘Over the Garden Wall.’ 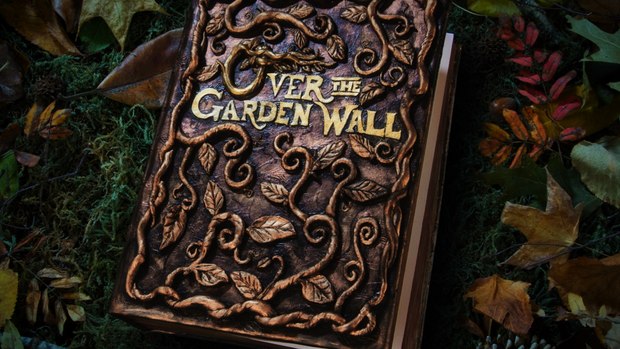 Portland, OR -- Animation studio BENT Image Lab conjures up a series of whimsical storybook promos for Cartoon Network's Over the Garden Wall. Directed by BENT's Solomon Burbridge, the promos bury the viewer deep inside the beautiful CG/stop-motion pages of a forest-woven book, seamlessly transitioning to clips from the show.

“I wanted to take the well-worn old trope of 'from the vaults' or 'magic book opening' and add a new twist to it,” says Burbridge. “The idea of an infinite tunnel book was a great way to further this idea by giving the interior pages dimension and atmosphere. I wanted this to stand apart from and also support the show that it is promoting.”

Taking artistic inspiration from Victorian parlor tricks and paper craft, the opening shot rests on a practical book that flips open to reveal a CG owl, sitting above a deep forest path. The camera draws the eye down the path and seamlessly transitions to clips from the 2D animated series Over the Garden Wall.

“The biggest challenge as with most multi-media spots is the integration, making sure it looks as seamless as possible,” says Burbridge. “From the stop motion book to the CG interior it had to seem at once fantastic and believable.”

The promos end the way they begin, with a flip through the book's pages to reveal the show date and time, or a countdown until the big debut.

The promos are currently airing on Cartoon Network.  Over the Garden Wall debuted on November 3, 2014.