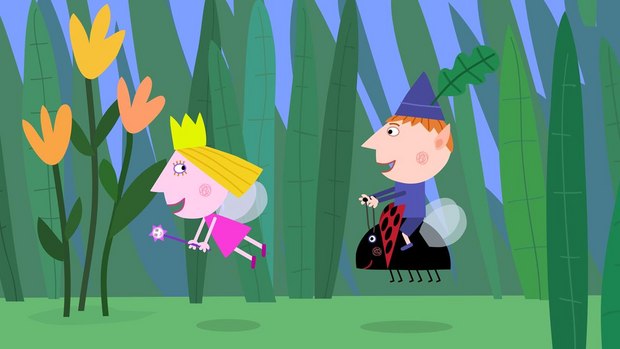 eOne’s licensing agent in the territory, Exim, which also represents Peppa Pig for eOne in Brazil, has signed up the brand’s first partners. Licensees Piffer and Regina are on board for party ware and is set to debut a line of party decorations and accessories for launch Q4 2016. Also on board is Panini Brasil Ltd, which will debut a line of collectible stickers and trading cards from February 2017.

“We’re delighted to welcome the first licensees for Ben & Holly’s Little Kingdom in Brazil and are on course to launch the full program by Q3 2017 as brand awareness begins to grow across the region,” commented Ami Dieckman, Head of International Licensing at eOne.

Monica Candiani, Head of International Sales at eOne added, “We’ve enjoyed great success with Peppa Pig on TV Cultura so we’re now thrilled to be building upon this existing relationship with one of Brazil’s most important FTA broadcasters and bringing Ben and Holly’s Little Kingdom to preschoolers across the country.”

eOne recently launched a localized Facebook and YouTube channel for the property in Brazil to engage the brand’s burgeoning fan base and costume characters are currently in development.