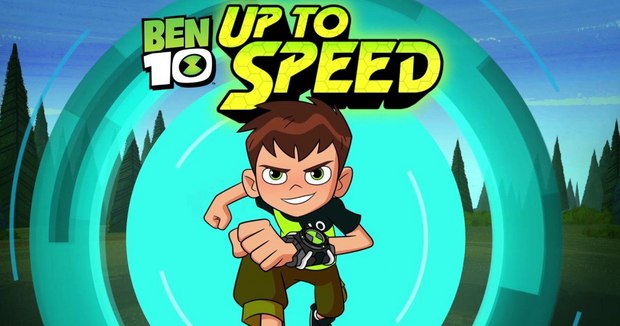 Following the successful global re-launch of the beloved franchise Ben 10, which will continue its rollout later this year in the United States and Latin America, Cartoon Network now introduces Ben to a new generation of fans with the new mobile game, Ben 10: Up to Speed.  The runner launches worldwide on Jan. 12 on iOS, Google Play and Amazon.

Up to Speed follows Ben Tennyson as he goes on the best summer vacation ever with his Grandpa Max and cousin Gwen. He discovers an alien artifact called the Omnitrix that allows him to transform into powerful alien heroes. Playing as Ben and his various alien alter egos, gamers will save the world by stopping evildoers, from giant robots to menacing magic users.

The game will launch with a selection of five alien forms and 60 levels, with new aliens and levels added regularly to coincide with Ben’s adventures in the television series. Additional game features include Alien transformations for multiple character options, 3D runner-style controls optimized for mobile devices, Omnitrix and alien upgrades, and Multiple level paths for great replay value.

Based on the global phenomenon Ben 10 which first premiered on Cartoon Network in 2006 and spawned three additional original series and a $4.5 billion global consumer products business, the new Ben 10 series has already premiered to an overwhelmingly positive reception in more than 149 countries and in 30 languages in the Asia Pacific (APAC) and Europe, Middle East and Africa (EMEA) regions. The series currently ranks as one of the top 10 shows in the UK among kids 4-15, one of the top three shows in Poland among boys 4-9, and one of the top 10 shows in Romania among boys 4-9. Ben 10 premieres in Malaysia are #1 in their timeslot among kids and boys 4-14, and rank #1 in Australia with boys 5-12.

Fans can catch a sneak peek of the new series with a special highlight compilation available on the Cartoon Network app and VOD services.