French/Belgium co-production ‘A Town Called Panic: Return to School,’ directed by Vincent Patar and Stéphane Aubier, was awarded the Grand Prize for a short film, and also took home the Audience Award for ages 12-17. 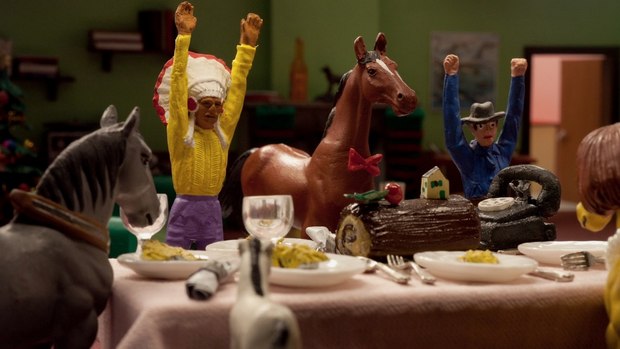 NEW YORK -- Following four weekends of screenings of international films for ages 3-18, the New York International Children’s Film Festival concluded its 19th edition at its annual Closing Night Celebration Sunday night at the SVA Theatre. The celebration included the presentation of the 2016 Festival Awards and a screening of the best short films from this year’s lineup.

Determined by voting from audience members who are age 18 and younger, Grand Prize Awards were presented to one short film and one feature film. A Town Called Panic: Return to School (France/Belgium), directed by Vincent Patar and Stéphane Aubier, was awarded the Grand Prize for a short film. The film, which played in the Festival’s “Short Films Two” program, also took home the Audience Award for ages 12-17.

The Grand Prize Award for a feature film was presented to Birds of Passage (Belgium), directed by Olivier Ringer. After a young duckling mistakes wheelchair-bound Margaux as its mother, she and her best friend, Cathy, set out on a journey to prove themselves worthy of the responsibility. A refreshingly matter-of-fact take on disability and young friendship, the film was recently named Best Children’s Film at the Montreal International Children’s Film Festival.