Family distribution company Bejuba! Entertainment will be looking to place Milkshake’s preschool series, ‘Toot the Tiny Tugboat,’ across a variety of international territories and platforms. 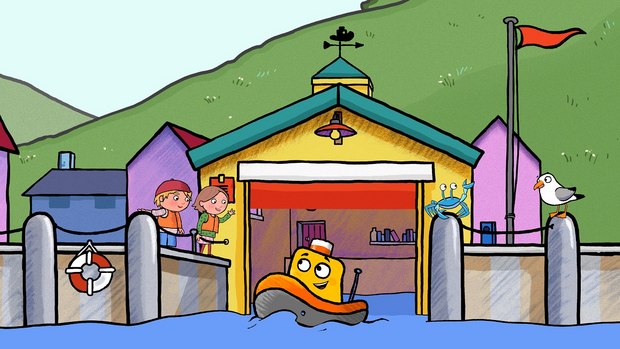 Bejuba! Entertainment has announced that they are will represent the international TV distribution rights for Toot the Tiny Tugboat. Specialists in children’s and family entertainment, Bejuba!, who also represents Lupus Films’ other pre-school property The Hive, will be looking to place Toot the Tiny Tugboat across a variety of international territories and platforms.

The eager and energetic Tugboat and his harbor friends have been delighting young fans on Channel 5’s Milkshake, where the series has been enjoying fantastic ratings since moving to the 9.00am slot last year. Since the beginning of 2015 the series has been seen by 4.2 million. The nautical show has a strong UK multi-platform presence and also airs on Cartoonito, S4C and Netflix, while Picture House cinemas have also shown episodes as part of their Toddler Time pre-school screenings.

“We’re delighted to add Toot to our growing family,” commented Tatiana Kober of Bejuba! “The series is very special and Lupus know how to make shows that connect with kids and families, like the The Hive, and The Snowman and The Snowdog. Toot the Tiny Tugboat has proven itself in the crowded UK market so we’re looking forward to continuing Toot’s journey from his safe harbor.”

Conjuring up a world of salty sea winds, melting ice-creams, flapping bunting and beaming sun, Toot the Tiny Tugboat transports its young viewers to a classic seaside holiday destination. Following the adventures of a busy Tugboat who plays with his ocean-going friends in the busy waters of the Harbour, Toot shows children that they are capable of big things, no matter how small they are.