Filmograf and The Illuminated Film Company ink co-production deal on project about the fantastic journey of an orphaned Syrian brown bear; Iain Gardner will direct, drawing inspiration from Frédéric Back’s ‘The Man Who Planted Trees.’ 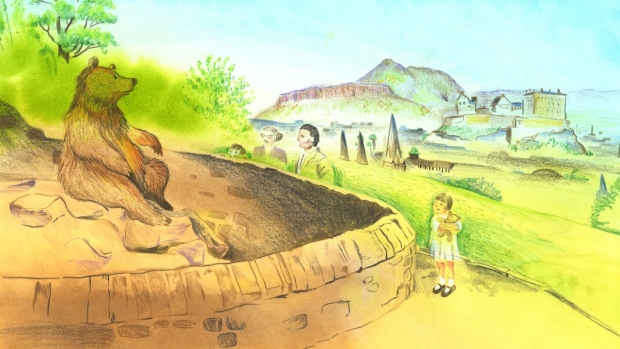 Filmograf and The Illuminated Film Company have inked a deal to finance the animated special, A Bear Named Wojtek. The Polish/UK co-production includes finance from the Polish Film Institute, Screen Scotland, and the UK-Government supported Young Audience Content Fund, which is managed by the BFI, with TV Poland and BBC ALBA (with funding from MG ALBA) the commissioning broadcasters.

Illuminated Films will act as sales agent for the property and rep the film at markets (MIPCOM, AFM, Kidscreen) and festivals (Cannes, Toronto, Berlin, Annecy) ahead of production completion in Autumn 2022.

Written by Wojciech Lepianka (My Father’s Bike, 2012) and directed by Iain Gardner (The Tannery, 2010), A Bear Named Wojtek tells the fantastic journey of an orphaned Syrian brown bear, brought to Scotland, having previously been adopted by Polish soldiers during World War II. He becomes a beacon of hope and an emblem of their fate.

“When Iain Gardner came down to London to tell me of this wonderful story, I confess I was skeptical about the details, but quickly learnt just how important the true events portrayed in this film are to the people of Poland and Scotland,” commented co-producer Iain Harvey. “It is a bond between the two countries. For once, the magic is real.”

“Wojtek the bear is a cult figure here in Poland and I was so excited when Iain Harvey proposed that we make a film together, based on the amazing art concept of Iain Gardner (director), who is not only an excellent animation artist but also lives in Edinburgh, the place where Wojtek spent the majority of his life,” added co-producer Wlodek Matuszewski. “With the wonderful script by Wojciech Lepianka and the British-Polish creative team we are going to make a unique film that will make this moving story live again – and famous worldwide.”

A Bear Named Wojtek is a Wojtek Animation Limited production based in Scotland, co-produced by Filmograf and The Illuminated Film Company in Poland and UK respectively. Internationally, the series is being represented by Illuminated Films.