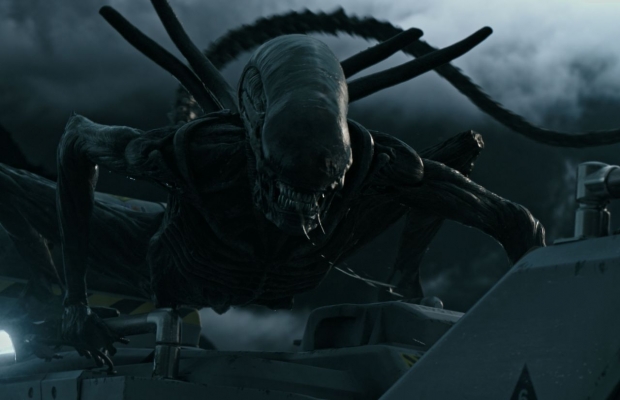 There’s been lots of talk recently about a new Alien movie, all of it mixed. Audiences are divided: some want a completion of the trilogy started with Prometheus and Alien: Covenant, and some say want a complete do-over. Creator and original director Ridley Scott recently weighed in, stating, “We went down a route to try and reinvent the wheel with Prometheus and Covenant. Whether or not we go directly back to that is doubtful because Prometheus woke it up very well. But you know, you’re asking fundamental questions like, ‘Has the Alien himself, the facehugger, the chestburster, have they all run out of steam? Do you have to rethink the whole bloody thing and simply use the word franchise?’ That’s always the fundamental question.”  It seems that a new Alien film is on the way, but maybe not as a continuation of anything we’ve seen so far.

Read AWN's article about the VFX of Prometheus
'Prometheus': Bringing 'Alien' into the 21st Century

In an L.A. Times article from earlier this year, Scott expressed that he wants to again rewind into the past, and focus on the genesis of the xenomorph egg. “I still think there’s a lot of mileage in Alien, but I think you’ll have to now re-evolve,” he said. “What I always thought when I was making it, the first one, why would a creature like this be made and why was it traveling in what I always thought was a kind of war-craft, which was carrying a cargo of these eggs. What was the purpose of the vehicle and what was the purpose of the eggs? That’s the thing to question — who, why, and for what purpose is the next idea, I think.”

The most recent working title of the mysterious new film is rumored to be Alien: Awakening and would link the prequel “trilogy” to the events of the 1979 Alien. While it would not be a direct continuation of Alien: Covenant, it would still bridge the gap. Scott further reveals, “Ripley’s going to be somebody’s daughter, obviously. We’re coming in from the back end. The time constraints of what’s the time between this film, where we leave David going off heading for that colony, I think you’re probably two films out from even considering her.” So, it seems he may still be using characters from the prequels, but only time will tell; Scott is notorious for changing his mind.

The 2019 Disney takeover of Fox created doubt there would ever be another Alien franchise installment, but now it seems it’s a major possibility. Who wouldn’t want a Queen Xenomorph or Princess Facehugger plushie? They’d fit snugly right next to Jasmine and Mulan.