New four-part animation based on the beloved book by Richard Adams to air on BBC1 sometime next year. 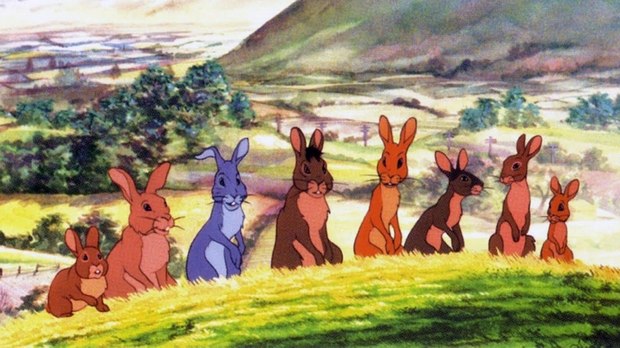 The BBC is producing a new CG version of the beloved children’s story Watership Down, according to a report by RadioTimes.com.

BBC1 will air the new four-part animation based on Richard Adams’ much-loved book sometime next year.

“I’m really excited,” BBC controller of drama commissioning Ben Stephenson told RadioTimes.com. “The animation from the 1970s is completely different to what we will be doing which will be incredibly detailed. You will see the wind blowing through the fur of the rabbits,” he said. “Our new version will have the charm and the brutality of that story which can be about many things…leaving home, finding your own community….”

The story about a troop of rabbits searching for a new home has already been told in a 1978 animated film directed and produced by Martin Rosen. Featuring the voices of John Hurt, Ralph Richardson, Denholm Elliott and Richard Briers, the independently financed film was originally to be directed by John Hubley, whose work can still be found in the film. Taking three years to complete, Watership Down struggled to find a distributor but, popular with children and adults alike, went on to become the sixth most popular film of 1979 at the British box office.

The hero of the story is Fiver, a young buck rabbit who has a frightening vision of destruction. Led by the resourceful Hazel, rabbits Bigwig, Blackberry, Pipkin, Dandelion and Silver steal away to find a safer home in an epic journey filled with adventure and danger.