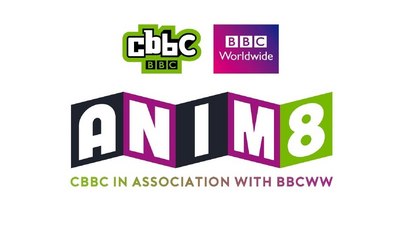 BBC Children’s has announced the launch of the network’s first animation pilot scheme, to be known as ANIM8, along with an open call offering U.K. innovators the chance to pitch for funded development. The initiative, which is a partnership with BBC Worldwide, looks to develop the next generation of UK animators and, in time, hopes to lead to the creation of a range of UK animated properties for CBBC, working with BBC Worldwide to develop comedy series with genuine global appeal.

ANIM8 invites pitches from individuals, studios and companies, calling for submissions of compelling content that is character-driven, funny, energetic, unpredictable and upbeat with a unique take on contemporary life. The scheme is looking to push visual boundaries and is open to all animation styles and techniques, including mixed media.

Submissions are currently being accepted with a deadline of January 22, 2016. ANIM8 will take entrants through a multi-stage development process, culminating in the announcement of the project being taken forward to pilot stage in April 2016.

“The animation industry is going from strength to strength and I am really proud that BBC Children’s are a major part of this and we have been able to work with some of the best animators in the country,” said BBC Children’s director Alice Webb, who made the announcement during a keynote address at Manchester’s newly-launched Manimation animation festival. “With this initiative, we are hoping to open our doors even wider and bring new talent into CBBC that will engage with our audience in a fresh and innovative way.”

“ANIM8 supports BBC Worldwide in its mission to take the best of British creativity to the rest of the world,” said Henrietta Hurford-Jones, Director of Children’s, BBC Worldwide. “Our ambition is to find creatives and concepts to mirror the global success of our CBeebies titles like Sarah & Duck and Hey Duggee, but this time we’re on the lookout for character-driven, fast-paced comedy that will appeal to older kids.”

“Launching the ANIM8 pilot scheme is an ambition realized for CBBC,” Sarah Muller, Creative Director, Scripted, Animation and Co-productions, for BBC Children’s, commented. “It is an exciting time and a key step in our continued objective of nurturing home-grown animation talent and producing original, innovative animated series that resonate with the CBBC audience.”

ANIM8 is now open for submissions, with a deadline of Friday, January 22, 2016. Entrants are required to have a minimum of two broadcast, published or digital credits for commissioned work. More details on this opportunity and to download the submission form is available here.