Spot is part of ‘An Idea for L.A’ initiative that provides marketing makeovers for local LA businesses struggling to survive the COVID-19 pandemic; Seoul Sausage and Rhythms of the Village are chosen to receive pro-bono services. 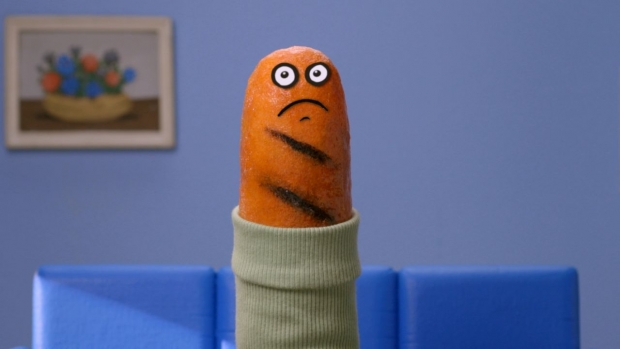 Los Angeles-based creative advertising agency Battery, animation studio Stoopid Buddy Stoodios, and actor/comedian Donald Faison have teamed up to launch a marketing campaign, free of charge, for Seoul Sausage, a popular L.A. food brand that is struggling to stay open during the COVID-19 pandemic. The campaign was developed as part of the Battery initiative “An Idea for L.A.,” which called on local businesses in need of a marketing makeover to apply for help. Two of the most deserving companies were selected from hundreds of submissions: Seoul Sausage and Rhythms of the Village, an African cultural center in Altadena that has been enriching the LA community for over a decade with a focus on African culture and education.

The Seoul Sausage campaign is the first of these pro-bono campaigns to launch. It is a series of short online comic spots created by Battery featuring Donald Faison performing voice-overs as a talking Korean BBQ sausage. Best known for his roles in the ABC/NBC comedy-drama Scrubs, both the film and TV series Clueless, and most recently in ABC’s Emergence, Faison also has provided his services pro-bono for the Seoul Sausage project.

Right now, countless Mom & Pop companies and local independent businesses that are critical to the cultural fabric of Los Angeles are scrambling for survival. More than 90% of L.A. businesses employ fewer than 20 workers. It is home to more minority and women-owned businesses than any other city in the country. The lucky few who were able to get small business emergency loans under the Paycheck Protection Program cannot spend it on marketing. That’s where “An Idea for L.A.” came in.

“At Battery, we’ve all staked our own careers and livelihoods on the power of creativity to solve big problems,” commented Battery chief creative officer, Philip Khosid. “So, we’re stepping up to pay it forward to Seoul Sausage and to the city that gave us the opportunity to build the business of our dreams, with the one thing we know works. Because we get it.”

“We’re locals and we’re joining forces with some like-minded partners in our community like Stoopid Buddy Stoodios and Donald Faison to offer our services free of charge to Seoul Sausage, a neighbor in need of help,” added Battery CEO Anson Sowby.

“The Pandemic has thrown up roadblocks for great businesses in so many ways,” remarked Stoopid Buddy Stoodios co-founder, Matthew Senreich. “We were honored to help Seoul Sausage through the Idea for LA program with Battery to get their message of delicious Korean Sausage to the people. Through the help of Donald Faison and our crack Buddy Builds team, we were able to bring the Seoul Sausage to life.”

Winners of The Food Network’s Great Food Truck Race season 3, Seoul Sausage used their prize money to open a brick and mortar Seoul Sausage Company restaurant in Los Angeles’ Sawtelle area. They later expanded to an additional store in Oxnard and a location in L.A.’s Little Tokyo District. Besides their signature KBBQ wieners (The Kalbi Pork and The Sweet and Spicy Chicken), Seoul Sausage became widely known for a new take on a Korean classic, Kimchi Fried Rice (made into deep-fried balls) and for their unique Korean BBQ burger and Korean Fried Chicken. Seoul Sausage later morphed into a large-scale catering outfit with presence in many LA Stadiums such as LA Memorial Coliseum and Banc of California.

In March 2020, after coming off their largest month of revenue, the Kim brother’s business disappeared due to the Covid 19 pandemic. Seoul Sausage pivoted to an online presence with a food-gifting concept concept called #foodequalsfamily that promoted families eating together at home by delivering “Korean Essentials” care packages. This ultimately evolved into their current venture; selling their most popular menu items as food delivery kits via the reputable Goldbelly.com/seoul-sausage, which overnight made the Seoul Sausage menu available for overnight shipping nationwide.

“This year, 2020, completely wiped us out,” explained Yong Kim. “We gave ourselves one month to mope and feel sorry for ourselves. Since then, we have pivoted our business entirely and rather than playing defense, we flipped the switch into offense mode. We’re hungrier than ever and at this point have nothing to lose. Watch out for us.”