The film, ‘Batman Azteca: Choque de Imperios,’ will infuse elements of Mesoamerican history and culture with the traditional template of the Batman myth. 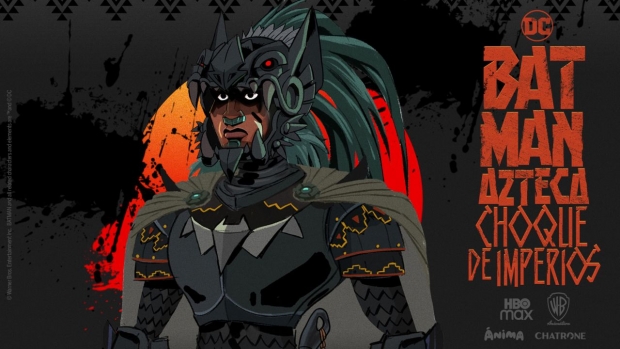 HBO Max Latin America is throwing Batman all the way back to the era of the ancient Aztecs, with a just-announced animated feature that pits the Dark Knight against a Mesoamerican backdrop.

Per the film’s synopsis, Batman Azteca follows young Aztec boy Yohualli Coatl, whose father - the village leader, Toltecatzin - is slain by Spanish conquistadors. Yohualli heads to Tenochtitlan to alert King Moctezuma and his high priest, Yoka, of the nearby threat. The boy begins using the temple of the bat god, Tzinacan, as a lair -- training under the tutelage of his mentor, Acatzin, and developing tools and weapons to ward off the invading Spaniards, protect Moctezuma’s temple, and avenge his father’s murder.

Also on board the project as executive producers are Sam Register and Tomás Yankelevich. Alejandro Díaz Barriga, an expert in Mesoamerican studies who specializes in the ethnic history of Mexico and the Andean region, will act as a key consultant to the creative team, as it works to ensure that indigenous people are depicted accurately and appropriately.