‘The Batman: The Complete Series’ Flies Home to Digital and Blu-Ray 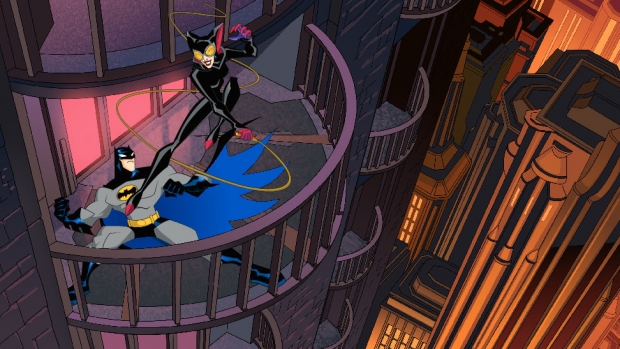 The Caped Crusader’s early years gets a closer look as Warner Bros. Home Entertainment brings the fully-remastered The Batman: The Complete Series to Blu-ray for the very first time. Produced by Warner Bros. Animation and DC, the 65-episode box set will be distributed February 1, 2022 by WBHE on Blu-ray+Digital ($69.99 SRP) in the United States, and a Blu-ray only package ($79.98 SRP) in Canada.

The six-time Emmy Award-winning series premiered September 11, 2004 on Kids’ WB before shifting to Cartoon Network for subsequent seasons. The Batman: The Complete Series follows 20-something-year-old Bruce Wayne’s early adventures balancing his daytime persona as a bachelor billionaire with his nighttime guise as the Dark Knight. Along the way, Batman is joined by allies Robin and Batgirl as they combat Gotham City’s Rogues’ Gallery, including updated versions of his classic foes as well as a bevy of rarely seen villains like Killer Moth and The Everywhere Man. Join one of the most intriguing characters in comic book history again in this classic action-packed adventure that test the limits of the legendary character's extraordinary physical prowess and super-sleuthing skills. The Batman: The Complete Series comes with a bunch of special features including a whole lot of behind-the-scenes interviews.