The first CG-animated feature to be fully funded and produced in the Middle East, Barajoun Entertainment’s ‘Bilal’ is based on the story of Bilal ibn Rabah, a companion of Prophet Mohammed. 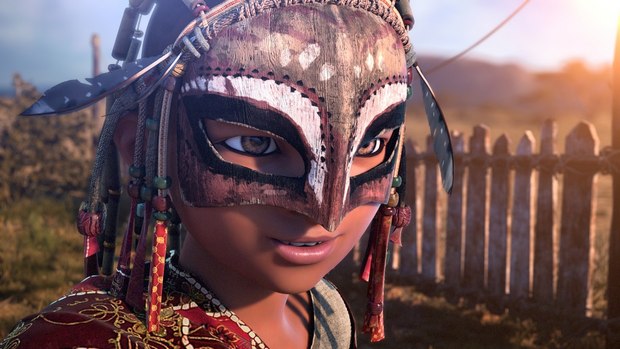 Dubai-based animation and VFX studio Barajoun Entertainment has released a trailer for Bilal, the first fully Middle Eastern-funded and produced CG animated film based on the story of Bilal ibn Rabah, a companion of Prophet Mohammed.

A remarkable account of faith, resistance and self-discovery, Bilal is an upcoming animated feature inspired by the true story of an African hero, who braved oppression and ultimately became a noble leader of his time.

A historical epic that took place more than 1,000 years ago, Bilal challenges the norms of conventional animation production. It not only illustrates the inspiring story of this ancient hero, but also tries to depict ancient Arabia along with its geographic and cultural distinction. A massive undertaking that promises to bring a new flavor to world of animation, the project stands apart in a class of its own as being the first animated feature to represent an African hero.

“A project like Bilal is no easy feat,” comments Ayman Jamal, creator and executive producer of the project. “Here we have a story based on actual events, and we’ve decided to turn it into an animated feature. It’s as exciting as it is challenging.”

To maintain a balance between artistic liberty and accurate depiction of the ancient times, the team behind the film has done immense amounts of research and development intertwining storytelling with technology in order to materialize their vision for Bilal. The designs and features of the characters are stylized so that this epic tale appeals to a wider audience both on a visual and emotional level.

Despite this stylization, the treatment of the skin, hair and cloth of all characters is also a blend of art and realism, demonstrating great attention to detail. In order to further develop ideas, the character development team worked closely with a costume designer who generated countless physical Arabic/African costumes for the project.

“This combination of realistic textures and stylized features is very rare in animation,” Jamal notes. “Despite the challenges, we did not let the complexity of our designs and the artistic challenges negatively impact quality.”

The environments team aimed to depict the ancient landscapes and cities of era with a colorful twist. In order to showcase the culture and society of the time intricately designed fabrics and props have been the order of the day with exotic deserts and stunning environments providing a window into the world of an ancient exotic land.

This stylization of the characters (and realistic nature of the environment and props) is what makes Bilal very interesting. Barajoun’s passion and belief in this hero’s journey is undeniable, and the team intends to share this passion with the entire world very soon.

“Animation is a very liberating art form,” comments director Khurram Alavi. “It enables us to tell stories in a completely different and unique way. We have taken artistic liberties to add dramatic value to the actual account of Bilal. We have developed fictional characters as well as fictional depictions of various sets and props. We’ve developed supernatural entities, animal companions, rangers, evil merchants, armies – you name it. It’s going to be a truly beautiful and interesting piece.”

The cast of the movie includes some of best-known actors in world. The story covers four different stages of Bilal’s life, some of which are being played by R&B singer/actor Jacob Latimore and renowned actor Adewale Akinnuoye-Agbaje. Ian McShane is the voice of Umayya, a wealthy and power-hungry merchant that rules over the land of Arabia with an iron fist.

The two-minute teaser was released on YouTube and has managed to generate intrigue across the globe prompting audiences to learn more about Bilal, and the feature is expected to be released into cinemas worldwide in late 2015.