Previsualization specialists BARABOOM! Studios have opened a full-service production office in Culver City. The launch of the new digs, which features workspace for a small team of artists and an assortment of cutting-edge technology, is a prelude to a broader expansion planned for next year. Over the next six months, the company expects to hire additional staff, add a scanning and motion capture stage, and extend its menu of services.

The move provides BARABOOM! with a base of operations in close proximity to several major studios and room to grow. “We’re very excited to have a home in Culver City that’s convenient to our clients and provides a comfortable working environment for our talent,” says executive producer Mike Pryor. “It’s also a signal of the strength of the company, with much more to come.”

Founded in 2009 by renowned animation supervisor Pepe Valencia, BARABOOM! Studios has provided previsualization services for a wide range of film, television and commercial projects, including Summit Entertainment’s The Impossible and Universal Pictures’ Hop. It is currently working on a television series for a major U.S. network, under strict NDA.

BARABOOM!’s expansion plans are designed to capitalize on Hollywood’s growing use of previsualization as a time- and cost-saving tool throughout the production cycle. “We help directors, editors, art directors and others create great visuals,” Valencia explains. “We provide tools that allow them to experiment and test ideas before they arrive on the set or become involved in expensive post-production processes.” 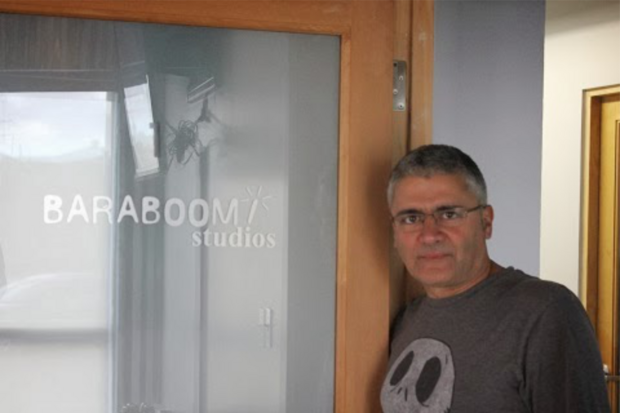 For The Impossible, BARABOOM! assisted in planning shots involving combinations of practical and digital visual effects. “We were able to lay it all out for everyone involved in the production to see,” recalls Pryor. “The producers were able to determine very clearly both the technical requirements and the financial aspects of each shot.”

BARABOOM! Studios also offers previs for animated features, Pryor adds. “With Pepe’s background in virtual cinematography and layout, we are able to provide assets directly into rough layout and then into final layout,” he explains. “That results in further cost savings while ensuring creative continuity.”

Valencia launched BARABOOM! Studios on the basis of his more than 20 years of experience as an animator and animation supervisor. His background includes 11 years at Sony Pictures Imageworks where he served as animation supervisor on such films as The Aviator, Peter Pan and Charlie’s Angels: Full Throttle. He also produced director’s layouts for Robert Zemeckis on The Polar Express, Gil Kenan on Monster House and Brian Singer of Superman. After leaving SPI in 2007, he joined Imagi Animation Studios and served as director of photography on the film Astro Boy.

Based in Los Angeles, BARABOOM! Studios works locally, on location or virtually, depending on the needs of the individual production.