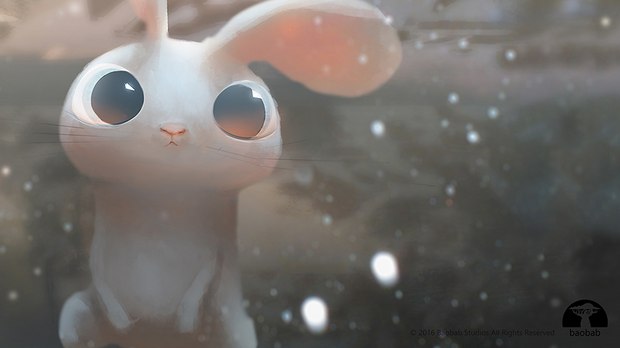 While it is yet to be seen if Daydream will prove to be the definitive way to watch YouTube content with a headset, the app allows users to watch 360-degree YouTube videos with the headset, allowing them to look around as if they were really there.

VR studio Baobab Studios, which was opened in 2015 by industry veterans Maureen Fan and Eric Darnell, is launching its virtual reality short, INVASION!, on the new platform, and have unveiled a sneak peek at its forthcoming project, ASTEROIDS!

INVASION!, which is already available on HTC Vive, Samsung Gear and other VR platforms, is a charming five-minute film narrated by Ethan Hawke in which users follow a rabbit as he meets a pair of clumsy alien invaders and attempts to outsmart them before the world falls victim to them.

Baobab Studios is teaming with Roth Kirschenbaum Films -- headed by Maleficent producer Joe Roth and former Universal co-president Jeffrey Kirschenbaum -- to bring the characters and story of INVASION! to the big screen.

Check out the trailer for INVASION! in the player below, and head over to the Baobab website for the sneak peek of ASTEROIDS!