Baobab’s ‘ASTEROIDS!’ to Debut at Sundance 2017

Official New Frontier selection from ‘Antz’ and ‘Madagascar’ director Eric Darnell is the follow-up to this year’s ‘INVASION!’ 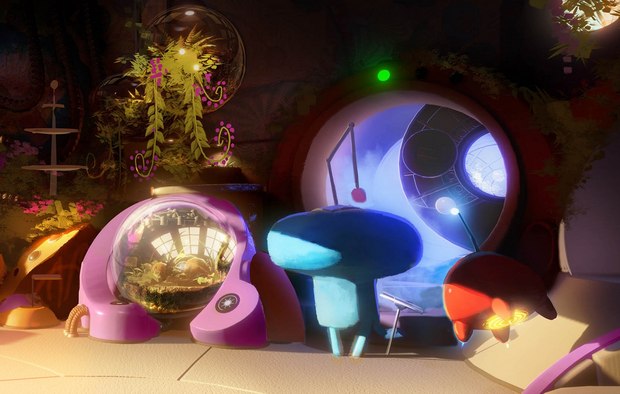 REDWOOD CITY, CA -- The highly-anticipated full virtual reality episode of ASTEROIDS!, written and directed by Eric Darnell, Baobab Studios chief creative officer, and known for his direction on Antz and the Madagascar movies, will be unveiled at the 2017 Sundance Film Festival. ASTEROIDS! has been chosen as a coveted “official selection” by Sundance Film Festival programmers. The famous Festival runs January 19-29 with screenings in Park City, Salt Lake City and at Sundance Mountain Resort, Utah.

ASTEROIDS! is the second episode from Baobab Studios following the success of INVASION!, their global award-winning short VR animation that introduced audiences to the bumbling aliens Mac and Cheez. INVASION! caught the eye of Hollywood, and a feature-length film based on the characters is now being made by the Hollywood producing team Roth Kirschenbaum Films, known for their creative twists to classic children’s stories.

ASTEROIDS! picks up in deep space where Mac and Cheez and their robot-dog, Peas, are joined by YOU playing an essential role as a robot sidekick onboard their ship inside the VR headset. With the others up to their eyeballs in trouble, it’s up to you to save them.

“ASTEROIDS! Is an important next step for Baobab Studios in showing what we can do in VR and how it is the ultimate medium for emotionally invested, compassionate and riveting storytelling,” explains Maureen Fan, CEO and co-founder of Baobab Studios. “We’re so excited to reveal the full episode in Park City where festival audiences will experience firsthand the incredible journey virtual reality takes you on. There’s really nothing else like it.”