Company will introduce the project -- due to begin production this fall -- at the Cannes festival. 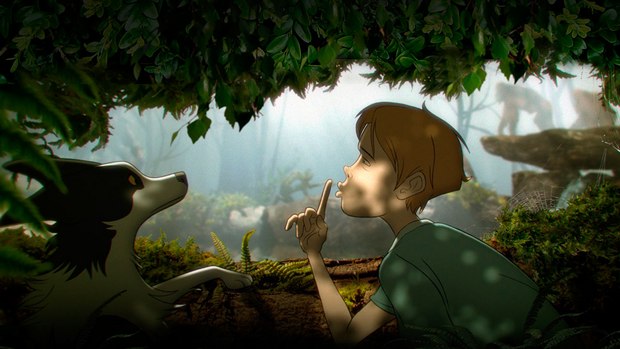 Bankside Films will introduce to buyers the feature ‘Kensuke’s Kingdom,’ scheduled to begin production this fall.

LONDON -- Bankside Films has acquired global sales rights to the animated feature Kensuke’s Kingdom, to be directed by Neil Boyle and Kirk Hendry from a script written by Frank Cottrell-Boyce.

Bankside will introduce the project to international buyers at the forthcoming Cannes Film Festival. Production on the film is expected to commence this autumn.

The movie is about a boy stranded on a remote Pacific island where they befriend a Japanese stranger named Kensuke and work together to save the threatened island.

Boyle is a director and animator with credits that include Sherlock Gnomes, The Simpsons, Ethel and Ernest, Space Jam and Who Framed Roger Rabbit? Hendry is an award-winning filmmaker who directed Junk, which was nominated for a British Independent Film Award.

The screenplay has been written by BAFTA nominee Cottrell-Boyce (The Railway Man, 24 Hour Party People, Hilary And Jackie) and is adapted from War Horse author Michael Morpurgo’s best-selling children’s novel of the same name.

Producers for the film are Sarah Radclyffe, who co-founded Working Title and has since produced or executive produced more than 30 feature films, award-winning producers and founders of animation studio Lupus Films, Camilla Deakin and Ruth Fielding (Ethel and Ernest, The Snowman and the Snowdog, We’re Going on a Bear Hunt), BAFTA nominee Barnaby Spurrier (Somers Town) and Stephan Roelants (Ernest & Celestine, Song of the Sea, The Breadwinner).

Executive producers are Bill Godfrey, Courtney Pledger and Tim Morris. Associate producer is Anna Webster. Co-producers are Jigsaw Films, Lupus Films, Melusine Productions and Windmill Lane Pictures. The film will be a co-production between the United Kingdom, Luxembourg and Ireland. Development of the project has been supported by the BFI, Film Fund Luxembourg and Ffilm Cymru Wales.

Storyboarding and main animation production will take place in the U.K. at Lupus Films’ studio in London, overseen by Deakin and Fielding; with additional animation and coloring at Melusine Productions in Luxembourg, overseen by Roelants; and compositing, VFX and post-production at Windmill Lane in Ireland, overseen by Ciaran Crowley, head of Windmill Lane VFX.