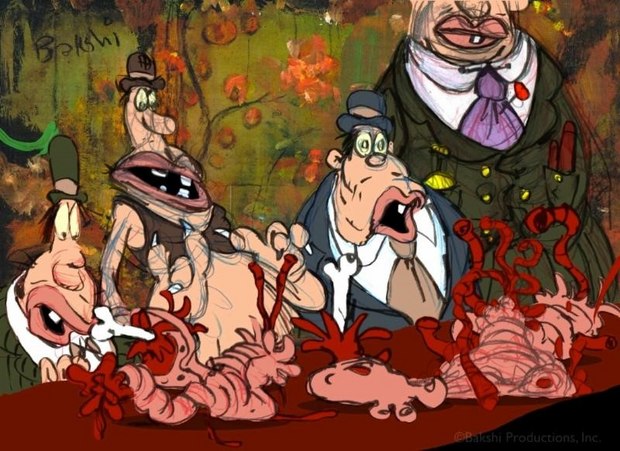 Bakshi Productions has released a new update on Last Days of Coney Island: Part One, the latest project to come from groundbreaking director and writer Ralph Bakshi.

Bakshi is the writer and director of such films as Fritz the Cat, Coonskin, Hey Good Lookin', Heavy Traffic, Wizards, American Pop, Cool World, Fire and Ice and Lord of the Rings. His latest project -- featuring new animation, new characters and new stories -- got its start with a successful Kickstarter campaign launched in 2013 that saw over 1,200 backers pitch in almost $175,000 to fund the first in a series of short films.

Billed as an animated cop/Mafia/horror movie set in the 1960s in Coney Island, New York, Last Days of Coney Island is populated with crooked cops, broken hearts, jaded strippers and singers and filled with political overtones both realistic and outrageous. Set to be completed in 2015, production has continued with a team of animators, character designers, storyboard and background artists dedicated to bringing the director’s vision to life.

Watch the update in the player below as animator Mark Phillips steps viewers through his process of animating Bakshi freaks for Last Days of Coney Island: