‘Bagpuss’ and ‘The Clangers’ Co-creator Peter Firmin Dies at 89 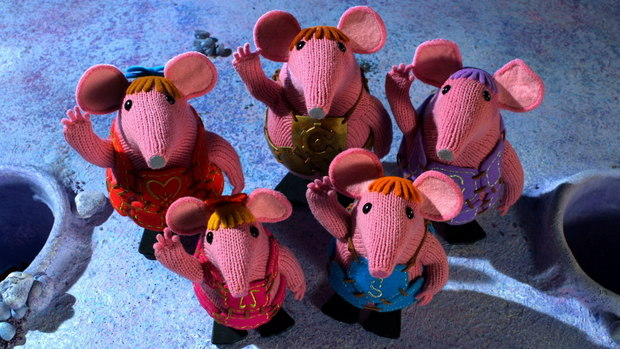 As reported by BBC News and numerous other outlets, Peter Firmin, who together with Oliver Postgate and their Smallfilms studio, created Bagpuss and The Clangers, two of the UK’s most popular and enduring animated children’s TV shows, passed away on July 1st at the age of 89.

A statement from Clangers production company Coolabi, which confirmed Firmin’s death, noted, “We are sad to announce that the artist Peter Firmin has passed away at his home in Kent after a short illness. He was eighty-nine. During a career spanning over six decades Peter worked with great skill in a remarkably wide variety of creative disciplines as a fine artist, craftsman and author.”

Firmin and fellow artist Postgate, who passed away in 2008, first formed Smallfilms in the late 1950s, writing scripts, creating puppets and backgrounds for stop-motion animation. They first created Ivor the Engine, followed by The Saga of Noggin the Nog, Bagpuss and The Clangers. In 1999, Bagpuss, the “saggy old cloth cat,” was voted the most popular BBC children’s series of all-time. A new Clangers series was launched by Coolabi on CBeebies in 2015, with Firmin contributing up until the time of his death.

In 2014, Firmin received the BAFTA Special Award for his incredible contribution to children’s media. He is survived by wife Joan and their six daughters, Charlotte, Hannah, Josephine, Katharine, Lucy and Emily.