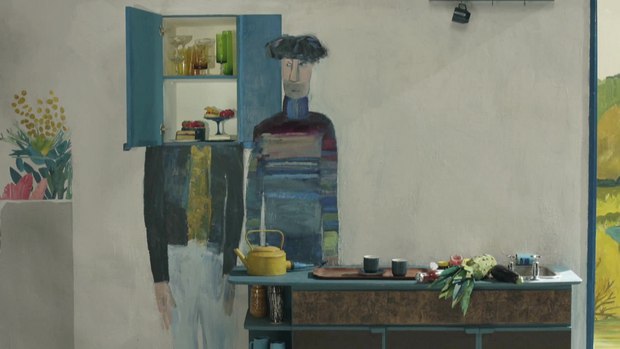 LONDON -- The British Academy of Film and Television Arts (BAFTA) has opened applications to the BAFTA Scholarship Program, which enables talented British citizens, who are in need of financial support, to take an industry-recognized course in film, television or games in the UK. Information regarding applications for the 2016-17 academic year is available here. There is an application deadline of Friday 17 June.

Each BAFTA Scholar will receive up to £12,000 towards their annual course fees, as well as mentoring support from a BAFTA member, and free access to BAFTA events around the UK. In return, the scholarship recipients share their learning experiences on BAFTA Guru, BAFTA’s online learning resource, and participate in BAFTA outreach to young people.

Previous BAFTA Scholarship recipients have gone on to work on BAFTA recognized productions. In 2015 animation director Daisy Jacobs won a BAFTA and was Oscar-nominated with her graduation film; and this year cinematographers Ian Forbes and Steven Ferguson both worked on BAFTA-nominated short films, with Ian Forbes the DoP on the British Short Animation winner, Edmond.

Three students will each receive one of the Prince William Scholarships in Film, Television and Games, supported by BAFTA and Warner Bros. These scholarships, an integral element of Warner Bros. Creative Talent, Warner Bros.’ investment in UK creative industries’ skills and training, are awarded in the name of HRH The Duke of Cambridge in his role as President of BAFTA. The recipients will have their fees funded by Warner Bros. and will additionally receive a short funded work placement within the Warner Bros. group of companies, access to a Warner Bros. mentor, and invitations to a series of industry masterclasses.

“It is crucial that talented individuals, whatever their background or personal circumstances, are able both to enter and build successful careers within our film, television and games industries,” commented Sara Putt, Chair of BAFTA’s Learning and New Talent Committee. “We’re proud of the diverse range of people that we support through these scholarships; both with financial aid, and also by giving them the chance to build lasting relationships with leading industry figures through one-to-one mentoring and access to industry events. I urge anyone with a budding talent to apply for this wonderful opportunity.”

Josh Berger CBE, President & Managing Director, Warner Bros. UK, Ireland & Spain, remarked, “We’re extremely proud to continue our unique collaboration with BAFTA, which enables diverse and upcoming talent, who would not otherwise have the opportunity, to take their first steps into the creative industries. Previous Prince William Scholars have flourished as a result of the opportunities they have received and we encourage committed and talented people who have a passion for the creative industries to apply.”

The BAFTA Scholarship Program, which is now in its fifth year, is part of BAFTA’s charitable activity to support talented people at all stages of their career in film, television and games. The recipients will be selected by a panel of industry professionals following an open call to British citizens applying for eligible UK courses.

The BAFTA Scholarship Program has been made possible by the generous support of the Academy Circle, individual donors and Warner Bros.

The program in the UK is part of BAFTA’s wider global scholarship activity, which this year, for the first time, includes scholarships for British citizens to study in China and vice versa. BAFTA Los Angeles has an active Scholarship Program that includes the Pigott/BAFTA Scholarship, offering financial support and mentorship to British graduate students studying in the US, as well as scholarships to provide financial aid to local LA students from the inner city. The BAFTA New York Media Studies Scholarship Program supports students pursuing media studies at undergraduate and graduate level institutions within the New York City area.