Three-day festival for aspiring creatives in games, television and film runs Saturday, April 30 through Monday, May 2 at BAFTA 195 Piccadilly in London. 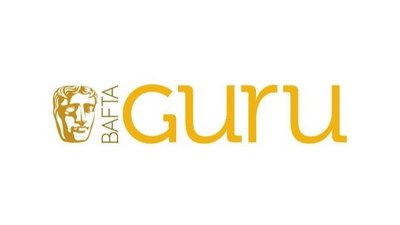 LONDON -- The British Academy of Film and Television Arts (BAFTA) has announced a brand new three-day festival that will give aspiring creatives the opportunity to meet and learn from leading names in the film, television and games industries. BAFTA’s Guru Live will run from Saturday, April 30 to Monday, May 2 at BAFTA 195 Piccadilly in London. The festival will feature masterclasses, panels and keynote talks by professionals including BAFTA winners and nominees.

Tickets for individual sessions will cost £6, and professionals with at least six months’ experience will have the chance to purchase one of 150 all-access “Guru Pro” tickets to the event, which include a day of bespoke one-to-one meetings and round tables with top industry speakers. Each day will focus on a different one of the three industries that BAFTA represents, and will comprise, a “Creative Keynote” talk from a highly acclaimed figure; sessions covering specific craft skills and areas such as finance and distribution; case studies showcasing recent success stories; examples of cross-sector working; and networking events.

“Guru Live brings our successful BAFTA Guru online channel to life, giving emerging talent the chance to learn first-hand from some of the leading figures in the moving image industries,” commented Tim Hunter, Director of Learning and New Talent at BAFTA. “Film, television and games can be among the hardest industries to break in to, so this opportunity to meet and engage with BAFTA members, nominees and winners is a brilliant way to help break down the barriers new talent may be facing. Guru Live also offers a chance for attendees to network with peers at a similar level, which is essential for career starters.

Hunter concluded, “We’ve already seen huge success with our previous industry-specific events Generation Next for television, Filmmakers Forum and Inside Games, and we’re looking forward to Guru Live streamlining the best elements of those events to create a new BAFTA flagship festival for anyone hoping to build a successful career in film, television or games.”

Applications for Guru Pro tickets, which cost £40, are open now here and close on Wednesday, March 23. Bursaries will be available to support expenses. General admission tickets are priced at £6 per session and open for bookings on Monday, February 29. To book, visit the BAFTA website here.

Guru Live has received funding from generous individuals and BAFTA partners supporting “Give Something Back,” BAFTA’s campaign to support emerging talent from all backgrounds to enter the film, television and games industries.

GURU LIVE PANELS AND SESSIONS:
(The full program will be announced on Thursday, February 25)