Winners to be revealed at a ceremony on Saturday, July 23; ‘Media Molecule’ to receive BAFTA YGD Hero Award. 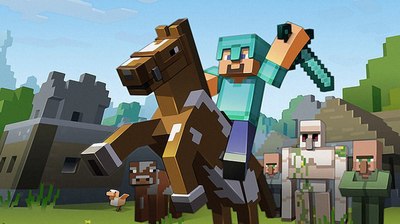 LONDON -- The British Academy of Film and Television Arts (BAFTA) has announced the finalists in a nation-wide game design competition for 10-18 year-olds, as chosen by a jury of industry experts. The winners will be revealed at a special awards ceremony held at BAFTA’s headquarters, 195 Piccadilly in London on Saturday, July 23. The event will be attended by the 50 finalists who represent 40 games as individuals, pairs or teams of three.

The BAFTA Young Game Designers (YGD) competition, in association with Nominet Trust, aims to inspire the game designers and game-makers of the future by giving young people the chance to design and create their own game and develop it with industry professionals.

The initiative, now in its sixth year, presents awards in two main categories: The Game Concept Award, for entrants who submit a written idea for a new game; the Game Making Award, for entrants who submit a game they have made using computer software. The winners of both strands, in the 10-14 and 15-18 age ranges, will receive a host of prizes, including further development of their game by industry experts.

The finalists come from across England, Scotland, Wales and Northern Ireland, and one-third are female. The successful entrants include four former YGD finalists and three games submitted by a single school. The finalists and games in the Game Making category can be seen here.

BAFTA is also presenting a YGD Hero Award for support for young games designers by an industry professional or development team. The winner of this award, selected by the BAFTA Games Committee, has been announced as Media Molecule, makers of the multi-BAFTA-winning puzzle platform games LittleBigPlanet and LittleBigPlanet 2.

The YGD Mentor Award will be presented to an individual, nominated by the public, involved in the education of young game designers. The winner in this category will be announced at the Awards ceremony in July.

Harvey Elliott, Chair of the BAFTA Games Committee, commented, “Each year we are overwhelmed by the calibre of talent identified in this competition, and this year is no exception, with our finalists clearly among the most promising young games designers in the country. We look forward to celebrating their achievements at the ceremony in July. I'm also proud that we are recognizing Media Molecule as the YGD Hero Award winner this year, as a fitting recognition of their portfolio of games that inspire such a breadth of creativity, as well as celebrating educators who have supported the initiative and helped to inspire these talented young people towards a career in our dynamic and thriving games industry.”

“Year on year, the Young Game Designers competition offers young people a unique opportunity to focus their passions and talents on creating imaginative games,” added Edward Evans, Director of Strategy and Partnerships at Nominet Trust. “Through our partnership with BAFTA, we are proud to offer young people from all backgrounds a platform to develop their digital skills and make the industry connections they need to become the game makers and designers of the future. The program is a great way to encourage more young women to pursue careers in game design, helping to address the gender gap in the UK’s digital industry. We’re excited to see the creativity and originality in this year’s entries and wish all the finalists the best of luck.”

The BAFTA YGD competition is part of a year-round program of activity that gives young people and educators unique insights into the games industry and access to the creative minds behind some of their favourite games. Support includes: a website where BAFTA members, award winners and nominees share their insights and advice and a range of teaching resources that link the BAFTA YGD competition to the national curriculum.

Nominet Trust is headline partner of the initiative, working with BAFTA to develop additional schools-focused activity addressing the under-representation of women in the games workforce. Other supporting partners of BAFTA Young Game Designers include: Criterion Games (an EA Studio), Google, Jagex, Pinewood Games, SEGA, Sony Computer Entertainment UK, Unity, Ubisoft and WB Games UK. Abertay University supports the development of the games of the winners of the BAFTA YGD competition.