The British Academy of Film and Television Arts announces the names of 21 students who will receive scholarships to study in the U.K. or U.S. through the BAFTA scholarship programs. 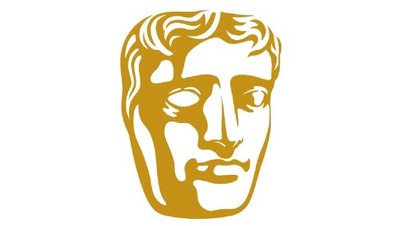 The British Academy of Film and Television Arts (BAFTA) has announced the names of 21 students in financial need who will receive scholarships to study in the U.K. or U.S. through the BAFTA scholarship programs in the U.K., Los Angeles and New York. In addition to financial support, the BAFTA Scholars will also be mentored by BAFTA members, award-winners and nominees, and be given free access to BAFTA events.

For a second year, three of the students will receive the Prince William Scholarships in Film, Television and Games, supported by BAFTA and Warner Bros. These scholarships -- an integral element of Warner Bros. Creative Talent, Warner Bros.’ investment in U.K. creative industries’ skills and training -- are awarded in the name of HRH The Duke of Cambridge in his role as President of BAFTA.

BAFTA’s scholarship programmes, which are supported by industry through the Academy’s worldwide ‘Give Something Back’ campaign, are part of the organisation’s charitable activity to support talented people at all stages of their career in film, television and games.

In the U.K., eight new and one returning British students are awarded up to £10,000 to study a postgraduate course at a U.K. institution, mentoring support and free access to BAFTA events. Matilda Ibini from Hackney in London, Elizabeth Mercuri from Chesterfield in Derbyshire and Gordon Napier, from Fort William in Scotland, will receive the added honour of being named a Prince William Scholar, and will have their fees funded by Warner Bros., as well as receiving a short funded work placement with the Warner Bros. group of companies in the U.K. and access to additional Warner Bros. mentors.

The five other U.K. scholarship recipients announced today are Tadhg Culley from Burntwood in Staffordshire, Emily Ellis from York, Bradley Johnson from Norwich, Morgan Ritchie from Oxford, Eloise Tomlinson, from Somers Town in London. In addition, Sam Coleman from Ibstone in Buckinghamshire, a Prince William Scholarship recipient in 2013, will receive a further scholarship from BAFTA to complete the second year of his course.

The BAFTA Scholarship Programme in the U.K. has been made possible by the generous support of the Academy Circle, Kevin Burke, the Edwin Fox Foundation, the Galashan Trust, Alexander Goldsmith, Evelina Girling, Linda Shire, the Lowy Mitchell Foundation, Rebecca Wang and Warner Bros.

HRH The Duke of Cambridge said: “As President of BAFTA, I am proud of the organisation’s initiatives to reduce the barriers to entry for talented individuals with limited means. I am particularly pleased to welcome the second cohort of BAFTA’s Prince William Scholarships in Film, Television and Games. Having met the first three recipients last year, I know just how much this support will mean to them and their future careers.”

Anne Morrison, Chair of BAFTA said, “The BAFTA Scholarship Programme is about much more than just giving financial support to those in need. Through the BAFTA membership, award-winners and nominees, as well as our international branches, we also provide one-to-one mentoring, access to events, and networking opportunities that will give our scholarship recipients the boost that they need to make the most of their already considerable talents.”

Josh Berger CBE, President & Managing Director, Warner Bros. U.K., Ireland & Spain, said of the Prince William Scholarships, “It’s been incredibly rewarding to see how last year’s first cohort of Prince William Scholars made the most of the many opportunities provided to them by this unique collaboration between Warner Bros. and BAFTA. We’re very excited to welcome Matilda, Elizabeth and Gordon to Warner Bros. Creative Talent and look forward to helping them develop and pursue their chosen careers in our industry.”

BAFTA Los Angeles will provide financial support and mentorship to UK students studying in the U.S. This year's recipients are Iesh Thapar studying at Columbia University, Catherine Taylor at the American Film Institute, Andrew Duncan Visser at Columbia University, Samuel Icklow at University of California Los Angeles and William Stefan Smith from Tisch School of the Arts who receives the Nigel Lythgoe Television Scholarship for a second year.

"Nurturing and supporting emerging British talents is at the heart of what BAFTA Los Angeles does," said BAFTA Los Angeles Chairman Nigel Daly OBE. "This year's recipients were chosen by Working Title's Eric Fellner, director Ted Kotcheff, and CAA agent Josh Lieberman for their display of creative excellence and dedication to pursuing their craft."

Linda Kahn, Co-Chair of BAFTA New York Outreach Committee said: "It is thrilling to see the growth in the BAFTA New York scholarship program. Significantly, this is our third year and we have more scholarships, sponsors and universities than ever before. Sponsored by A+E Networks, BBC AMERICA, DLT Entertainment, DreamWorks Animation, HBO and Walkers Shortbread, the BAFTA New York scholarships focus on media studies in TV and film. The scholarships, which are based on merit and need, include graduate students from NYU’s Tisch School of the Arts and Brooklyn College as well as undergraduates from Hunter College. We are excited to extend the program to these outstanding students and to provide them with mentoring opportunities."

Later this month, BAFTA will announce the first ever recipients of its new scholarship programme in Hong Kong, generously supported by the Yip Foundation, which encourages cross-cultural collaboration in film, television and games by enabling British students to study in Hong Kong, and Hong Kong residents to study in the U.K.