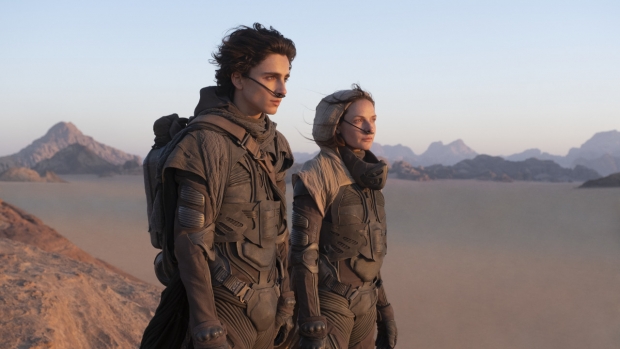 Warner Bros. has made a big, bold, and incredibly risky move that is generating major backlash. Their entire 2021 lineup of 17 films will now stream simultaneously on HBO Max alongside their theatrical releases. This includes highly anticipated titles such as Dune and Matrix 4, among others. While this may prove more convenient for those that remain in quarantine, and will send audiences to the streaming service in droves, industry professionals are not so keen about the “unique one-year plan,” as it was called by WarnerMedia CEO Ann Sarnoff, who also noted to Variety, “No one wants films back on the big screen more than we do. We know new content is the lifeblood of theatrical exhibition, but we have to balance this with the reality that most theaters in the U.S. will likely operate at reduced capacity throughout 2021.”

Dune Director Denis Villeneuve has now joined the ranks of dissenting directors, stating, “AT&T has hijacked one of the most respectable and important studios in film history. There is absolutely no love for cinema, nor for the audience here. It is all about the survival of a telecom mammoth, one that is currently bearing an astronomical debt […]. Warner Bros.’ sudden reversal from being a legacy home for filmmakers to the new era of complete disregard draws a clear line for me. Filmmaking is a collaboration, reliant on the mutual trust of teamwork and Warner Bros. has declared they are no longer on the same team.”

Adding fuel to the fire, Legendary Entertainment may now be taking legal action against WarnerMedia over the Dune HBO Max release. Apparently, Legendary was not consulted about the deal, even though they provided 75% of the total film budget. It seems that building a streaming monopoly means trodding on many important and wealthy toes. Angry, wealthy toes. No one said innovation was easy.

Check out the first attempt at a simultaneous theatrical / HBO Max release with Wonder Woman 1984 on December 25th.