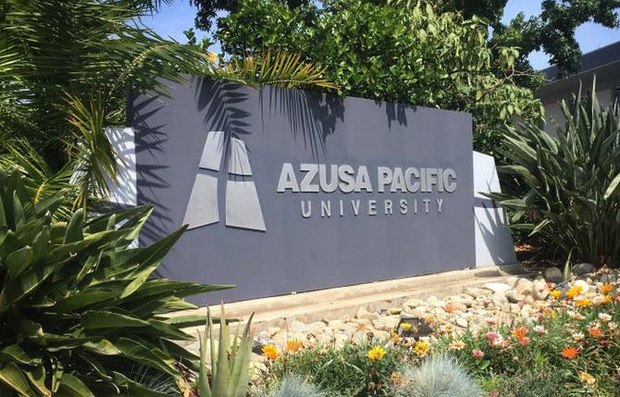 AZUSA -- Azusa Pacific University celebrates the launch of its Bachelor of Arts in Animation and Visual Effects with a special 20th anniversary screening of the Walt Disney animated feature Mulan. The evening, hosted by APU’s College of Music and the Arts, will include a discussion with the film’s co-director, Tony Bancroft, who joins APU as head of the university’s new animation program. This event takes place Mon., March 26, from 7-9 p.m., in Cougar Dome, located on East Campus, at 901 E. Alosta Ave., in Azusa.

At the screening, Bancroft will introduce APU’s animation major and speak with students about his professional career as an animator for Disney and Sony Pictures. His credits include Stuart Little 2, Beauty and the Beast, Aladdin, The Lion King, and The Emperor’s New Groove. For Mulan, Bancroft and his co-director Barry Cook won an Annie Award for Outstanding Individual Achievement for Directing in an Animated Feature Production. On March 13, Bancroft embarked on a "discovery trip" with other Hollywood filmmakers to the legendary Chinese heroine's birthplace in Hubei Province. The visit included Mulan's birthplace — Huangpi district in Wuhan City, Mulan Mountain, and a number of Mulan-themed performances, such as Mulan's horse fighting show, local opera and a Wushu performance by a Mulan Martial Arts School.

“It is fitting that we celebrate the launch of APU’s new animation degree with a screening of Mulan,” said Bancroft. “Two decades after its release, her story of bravery, sacrifice, and loyalty continues to honor strong women everywhere and inspire generations of fans. I hope to teach my animation students that we all have a vision and story inside of us to tell that can capture the imagination and impact the world.”

Beginning in fall 2018, students can enroll in APU’s Bachelor of Arts in Animation and Visual Effects to become creative and competent illustrators and animators. The comprehensive cinematic arts curriculum includes animation and drawing classes as well as courses in storytelling and the cinematic arts, ensuring that graduates are competitive candidates for positions in industries such as film, television, and video game design.

The degree will prepare students to make a difference in a creative and growing industry, with a curriculum that connects faith, culture, and the arts. The Department of Cinematic Arts boasts a strong network of alumni working at major studios, television networks, and agencies, including Walt Disney Studios and DreamWorks Animation. Los Angeles is one of the top cities in the world for animation careers. Each APU animation student will complete at least one internship, providing valuable hands-on experience. According to the Bureau of Labor Statistics, multimedia animators should expect an eight percent increase in employability from between 2016 and 2026, double the average job growth for all art and design careers.

Azusa Pacific University is an evangelical Christian university committed to God First and excellence in higher education. With 80 bachelor’s degrees, 51 master’s degrees, 25 certificates, 12 credentials, 8 doctoral programs, and 2 associate‘s degrees, the university offers its more than 10,300 students a quality education on campus, online, and at six regional centers throughout Southern California.