Actor and comedian also joins the writers' room for Season 5; move comes two months after show creators apologized for casting white actors in roles for people of color with promise to make changes and be more responsible moving forward. 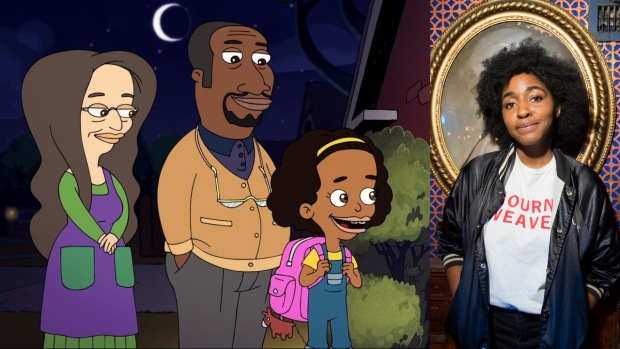 The Emmy Award-nominated Netflix animated adult comedy, Big Mouth, has found its new Missy; actor, comedian, and writer Ayo Edebiri has taken over the role from actor Jenny Slate, as well as joined the writers’ room for Season 5.

“I was definitely a very uncomfortable child, so I think the show speaks to that and a lot of those feelings, which still resonate with me as an adult,” Edebiri told Variety. “I was a true dork. So I don’t think I have to go too far to connect with Missy.”

Edebiri has already recorded her Season 4 dialogue; Slate continues as Missy for most of the upcoming season, with Edebiri taking over completely beginning with Season 5. Show co-creator Andrew Goldberg noted that fellow co-creator Jennifer Flackett found a moment in Season 4’s “penultimate episode” that seemed like “a really organic and cool place” to bring Edebiri in sooner than originally planned.

This past June 24, Slate, the voice of Missy since the show’s inaugural season, requested the casting change, issuing the following statement on Instagram:

“I have come to the decision today that I can no longer play the character of ‘Missy’ on the animated TV show Big Mouth. At the start of the show, I reasoned with myself that it was permissible for me to play ‘Missy’ because her mom is Jewish and White – as am I. But ‘Missy’ is also Black, and Black characters on an animated show should be played by Black people. I acknowledge how my original reasoning was flawed, that it existed as an example of white privilege and unjust allowances made within a system of societal white supremacy, and that in me playing ‘Missing,’ I was engaging in an act of erasure of Black people. Ending my portrayal of ‘Missy’ is one step in a life-long process of uncovering racism in my actions.”

Slate went on to say, “I can’t change the past, but I can take accountability for my choices. I will continue to engage in meaningful anti-racist action, to be thoughtful about the messages in my work, to be curious and open to feedback, and to do my best to take responsibility for the ways that I am part of the problem. Most importantly, though, to anyone that I’ve hurt: I am so very sorry. Black voices must be heard. Black Lives Matter.”

Head on over to Variety for their exclusive interview with the show creators.