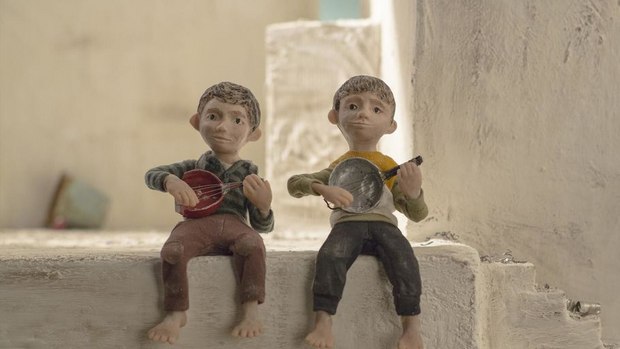 KÖLN, GERMANY -- The Academy of Motion Picture Arts and Sciences (AMPAS) in Los Angeles announced the winners of the 43rd Student Academy Awards competition. Ahmad Saleh’s Academy of Media Arts Cologne graduation film, Ayny, will receive the Gold Medal for the best Foreign Animation in 2016. Ahmad Saleh will travel to the award ceremony in Los Angeles with his producer Stefan Gieren and Raimund Krumme, professor for animation at the KHM, to accept the greatest honor a student film can be awarded.

Ayny tells the story of a will to survive that is strong enough to overcome the loss of property, homes and basic rights. It is based on a tragic incident that Saleh himself experienced in Askar, one of the oldest refugee camps near the city of Nablus in the Palestinian autonomous areas, ten years ago.

“He deliberately chose puppet stop-motion animation for his story, which allowed him to work with a great degree of abstraction and disassociation and to implement his special pictorial ideas freely," said Prof. Raimund Krumme, who supervised Ahmad Saleh during his postgraduate course at the KHM from 2013 to 2016.

The producer of the film, Stefan Gieren, noted, "I saw Ahmad’s first film and was fascinated by the way he tells stories. I have been to Nablus myself and met the two boys on whose story Ahmad’s film is based. Ahmad has managed to translate a dreadful incident into powerful poetic images, which above all create a sense of hope. That really moves me."

The Academy of Motion Pictures, Arts and Sciences in Los Angeles, which has been awarding the Oscars since 1929, began honoring student films in 1972, adding an award for the best foreign student film in 1981. New this year is the expansion of the Foreign Film category to include separate awards for narrative, animation and documentary entries. As a winner of a Student Oscar in 2016, Ayny is now also eligible to compete for the 2017 Oscars in the Animated Short Film category.

Academy of Media Arts Cologne students have already won two Gold Medals at the Student Oscars. In 1987 Raymond Boy travelled to LA to receive the award for his graduation film Ein einfacher Auftrag and in 2008 Reto Caffi received the same accolade for his graduation film Auf der Strecke, which was also nominated for the Short Film Oscar in 2009.

“It took me 10 years before I could tell the people closest to me what happened on that day,” stated Saleh. “It was a day that led me to witness two young boys in an occupied zone being hit by trauma. The more I replayed the memory of that day in my mind over the years, the more that small details started to become evident, details that revealed the strength of the two boys and all the people who helped in carrying them to hospital. And while I was trying to tell the story of the trauma, I found myself telling a story about people who can rise and walk above traumas, as they would climb up a staircase, while moving through life.”

Saleh is a writer and director based in Germany. His first venture in writing was a collection of short stories titled Zowwada, which was awarded the A M Qattan’s Young Writers Award in Palestine in 2004. His first short film, HOUSE, which he made in 2012 while studying the Digital Media master’s course at the University of the Arts Bremen, toured successfully, receiving several important awards in Europe, USA, Iran and Jordan. From 2013 to 2016 Saleh completed a second master’s course at the Academy of Media Arts Cologne, during which he wrote and directed two short films and began writing his first feature.