axisVFX completes more than 120 visual effects shots for the Christmas day broadcast of ‘Doctor Who’ on BBC One. 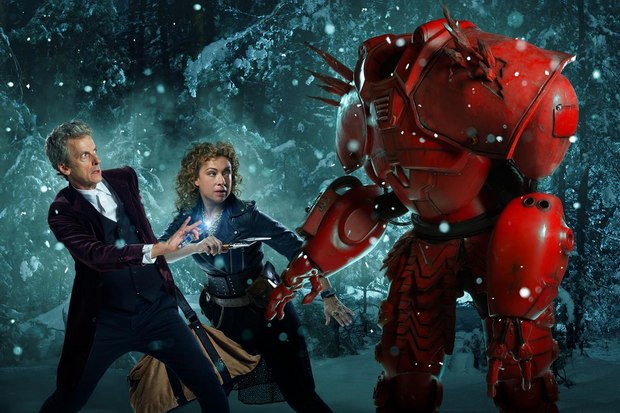 Bristol, U.K. -- axisVFX, the Bristol and Glasgow-based visual effects studio established by award-winning animation company Axis and visual effects supervisors Grant Hewlett and Howard Jones, has revealed how it created the visual effects for the Christmas day broadcast of Doctor Who.

“It’s a pleasure and an honor to work with Douglas, Brian, Nikki and Steven again on Doctor Who,” said axisVFX co-owner and VFX Supervisor Grant Hewlett. “It’s a wonderful episode packed with action and spectacle.”

‘Whilst I was on-set liaising with Douglas throughout the shoot,” said Hewlett, “Stuart worked in parallel, supervising the build of digital assets, creation of concept art and the production of early previz.”

The company uses Autodesk’s Shotgun to review work, and has developed a number of proprietary tools for the seamless delivery of final VFX shot anywhere in the world.

“We engage a huge amount of technical ability, hardware and software to complete the work,” says Hewlett. “But what actually matters is collaboration, listening and bang for buck. It’s a huge honor to contribute again to this iconic sci-fi classic.”

Watch the episode in all its glory on Christmas Day at 5.15pm on BBC One.