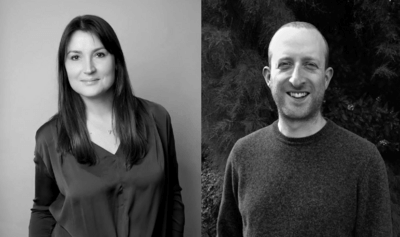 Over the twelve months since the studio was established, the team has worked on an exciting range of challenging projects including Doctor Who, Wizards versus Aliens, Shaun the Sheep the Movie, The Creator and new BBC show Eve.

This success has led to two important new hires for the company. FX Lead Joe Thornley Heard has joined the studio from Double Negative, where his credits include Hercules: The Thracian Wars, Thor: The Dark World and Total Recall.

“Joe will head up our FX team using his experience on some of Hollywood’s biggest films to provide our clients with feature quality effects,” Hewlett said. “Our Houdini-based pipeline allows us to add amazing production value to projects -- destruction, smoke, fire, water and magical effects are fast and efficient to produce.”

“Laetitia will be dedicated to establishing strong relationships with new and existing clients for our visual effects and animation business,” said Axis Managing Director Richard Scott. “Alongside Howard and Grant, Laetitia will ensure we provide the most creative and effective solutions to get our clients ambitious scripts on screen.”

“This first year has gone beyond our expectations,” Jones said. “We have delivered on a broad range of projects, from high-end invisible compositing to drama and children’s shows for the BBC, and our work on Doctor Who has had us pushing the boundaries for VFX in television. We have pulled together a great team and developed a pipeline serving up high quality work to international clients.”