Industry veteran has held senior roles at MPC and Cinesite, working on projects such as ‘Jungle Book,’ ‘Skyfall’ and ‘Harry Potter and the Order of the Phoenix.’ 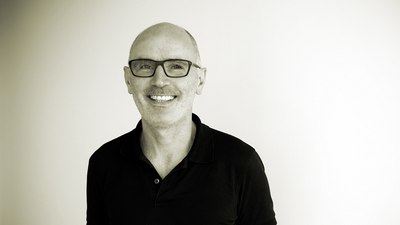 As the Head of LRC, Neill joins Axis with more than 10 years of of industry experience and has previously held senior roles at MPC and Cinesite, working on projects such as Jungle Book, Skyfall and Harry Potter and the Order of the Phoenix. His day-to-day role at Axis will oversee the Lighting, Rendering & Compositing team at both at department and project level, providing technical and artistic leadership across multiple projects and managing daily production needs.

“Jon’s combined industry experience, technical ability and trained eye is a great addition to the team as we grow from strength to strength,” commented Graham McKenna, Axis Animation co-founder and Head of 3D. “His supervisory skills coupled with knowledge in a diverse range of execution techniques is another step forward in raising the bar in both our short and long form projects.”

“It’s great to have the opportunity to be working and living back in my home country,” Neill added.  “Working at Axis Animation is very exciting as it will allow me to be part of an expanding company that is exploring existing and new formats involving CGI.”

With offices in Los Angeles, Axis has a global clientele boasting one of the largest CGI production staffs in the U.K. Some of the Axis group’s recent projects include the Cannes Lions Award-winning trailer for Dead Island, the epic Visual Effects Society Award-nominated Halo 5: Guardians cinematic, the Royal Television Society-nominated visual effects for the BBC’s Doctor Who, the visual effects for Oscar-nominated Shaun the Sheep the Movie, and the trailer for Microsoft Studios Age of Empires Online.