Anime Expo and Iconic Events’ movie series kicks off the theatrical release of Eleven Arts’ acclaimed anime feature next month in New York and Los Angeles, which then expands to other markets nationwide. 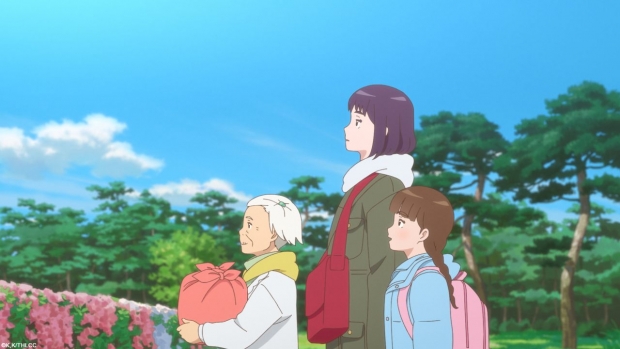 Anime Expo and Iconic Events presents Eleven Arts’ The House of the Lost on the Cape on September 7 as part of their AX Cinema Nights. The movie event series celebrates the best new and classic anime films, bringing them to local theaters across North America. The film will open in Los Angeles and New York, then expand to several other markets in North America over the following weeks.

An Official Selection at the 2022 Annecy International Film Festival, The House of the Lost on the Cape follows 17-year-old run-away Yui and 8-year-old orphan Hiyori, left homeless after a devastating natural disaster. A strange old woman named Kiwa offers to let them stay in an abandoned yet suspiciously well-kept house overlooking the sea known as a Mayoiga. The legendary house is reputed to look after lost travelers. Despite Yui’s lack of trust and Hiyori’s inability to speak, they begin to form a sisterly bond that allows them to find comfort in the Mayoiga and embrace Kiwa’s hospitality. However, when a menacing entity is accidentally released and threatens their new home, the three must face their fears to save it.