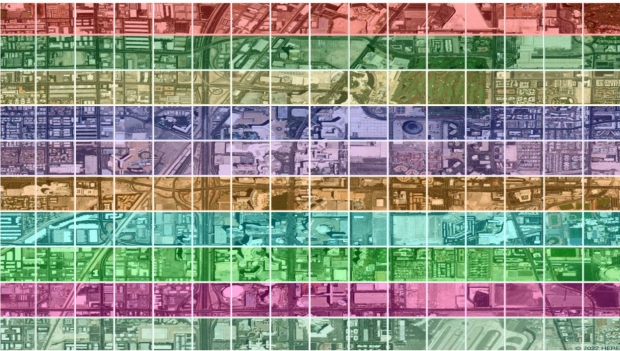 Users can run a simulation with more than a million entities interacting in real-time and create more sophisticated environments than previously possible while drastically reducing the time to simulation deployment. The service handles provisioning Amazon Elastic Compute Cloud (Amazon EC2) instances and managing the network and compute infrastructure, so users can focus on designing and observing simulations across multiple live viewers in real-time. In addition, users only pay for compute used. Get additional information here.

The managed computer service supports more than a million moving objects, such as people, cars, traffic lights, and roads, each with their associated behaviors and properties, all interacting in real-time. Like an actual city, the simulation is an expansive “world” in and of itself. With the AWS SimSpace Weaver software development kit, users build simulation applications, incorporate custom simulation content, or use built-in integrations for third-party solutions like Unity and Unreal Engine 5.

When a user is ready to deploy their simulation, AWS SimSpace Weaver automatically sets up the environment, connects up to 10 available, low-latency Amazon EC2 instances into a networked cluster, and distributes the simulation. It then manages the network and memory configurations, replicating and synchronizing the data to create a single, unified simulation where multiple concurrent users can interact with and manipulate the simulation in real-time.

“Previously, if a customer wanted to scale up their spatial simulation, they had to balance the accuracy of the simulation with the capacity of their hardware, which limited the usefulness of what they could learn,” said Bill Vass, vice president of Technology at AWS. “AWS SimSpace Weaver removes the burden of managing simulation infrastructure, simplifying how customers run large-scale simulations and freeing them to focus on creating differentiated content and expanding access to simulation development. Whether the goal is to simulate the population of urban megacities, track logistics operations on a continental scale, or build real-world scale digital twins for smart city initiatives, AWS SimSpace Weaver empowers customers to create vast, distributed simulations.”

“Until now, simulation has always involved a tradeoff between scale and fidelity,” said Apurva Shah, CEO at Duality Robotics. “The combination of Duality Robotics’ digital twin simulator, Falcon, with AWS SimSpace Weaver takes digital twins of environments and systems developed for the Unreal ecosystem and makes them instantly available for massive-scale simulation. The integration with Epic Games’ Unreal Engine and access to a vast collection of Unreal assets powers realistic 3D environments and visualizes data with a high level of accuracy necessary for efficient simulation deployment. Duality Robotics’ emergency medical services use case demonstrates the value of spatial simulation with high-fidelity physics, photoreal rendering, virtual sensors, and real-time performance with over a million concurrent agents. This is proving customers can run AWS SimSpace Weaver to model sensitive physical systems and garner insights applicable to the real world.” “While developers previously had to compromise on scale versus fidelity when creating simulations, they now can create environments that more accurately reflect the amount of people and objects in the real world,” said Nathan Thomas, vice president of Unreal Engine at Epic Games. “By combining the power of Unreal Engine 5 with AWS SimSpace Weaver, customers are able to scale our City Sample project to over one million interactive pedestrians. This opens the door for developers to create massive digital twins and simulations with new levels of realism.”

"We are experiencing growing interest from customers who want to create digital twins and the metaverse, as well as model real-world environments,” said Roland Geraerts, founder and CEO at uCrowds, a provider of crowd simulation solutions. “For example, many of our customers want to know what to expect when they host a large event in their city and how to ensure attendees stay safe yet engaged in the event experience. The scale of AWS SimSpace Weaver, coupled with the uCrowds simulator, allows customers to build the next generation of real-time, responsive, persistent, and realistic cloud-based crowd simulations. Using AWS SimSpace Weaver, we were able to triple the simulation capability of our entity crowd simulator from 400,000 to over one million crowd entities in just three weeks. With the cloud, we now have almost limitless scaling capability without needing to purchase another piece of expensive hardware, ushering us toward our goal of simulating the population of the entire planet."