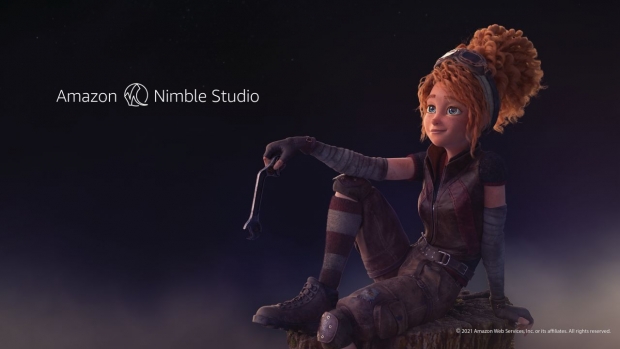 Amazon Web Services, (AWS) has announced the general availability of Amazon Nimble Studio, a new cloud-based service that enables customers to set up a content production studio in hours instead of weeks, with near limitless scalability and access to rendering on demand. Amazon Nimble Studio customers can easily onboard and collaborate with artists from anywhere in the world to produce content quickly and cost effectively. Artists will have access to accelerated virtual workstations, high-speed storage, and scalable rendering across AWS’s global infrastructure so they can create content faster. The service requires no upfront fees or commitments; customers pay only for the underlying AWS services used. You can get started with the system by visiting https://aws.amazon.com/nimble-studio/

Amazon Nimble Studio brings to market the cloud-based production platform first announced by ex-DreamWorks Animation veterans Rex Grignon and Jason Schleifer in 2016 and formally released in fall 2018. Acquired by Amazon in 2019, the platform has continued to fuel studio productions and now, in the wake of fundamental industry production shifts brought about by the pandemic, launches to the masses.

With Amazon Nimble Studio, customers can create a new content production studio in just a few hours; creative talent has immediate access to high performance workstations powered by Amazon Elastic Compute Cloud (EC2) G4dn instances with NVIDIA Graphical Processing Units (GPUs), shared file storage from Amazon FSx, and ultra-low latency streaming via the AWS global network. Amazon Nimble Studio gives content production studios the ability to start with as few resources as needed, scale up those resources when rendering demands peak, and spin them back down once projects are completed.

Here's a brief overview of the new service:

The ongoing pandemic has only made clearer the difficulties, and costs, that production studios encounter in their constant efforts to acquire, integrate, and manage high-end workstations, renderfarms, and storage system in a safe and secure manner. To bring high-quality visual effects, animation, and creative content to life, studios historically have relied on local high-performance workstations connected to shared file storage systems over low-latency, on-premises networks. Increased consumer appetite for premium content and experiences has driven greater demand for compute-intensive rendering of visual effects and animations. This increased demand causes content production studios to over-provision their compute, networking, and storage infrastructure for peak capacity, which proves expensive, difficult to manage, and hard to scale. For example, a typical animated feature film now generates 730 terabytes of data and up to half a billion files, requiring more than 150 million core compute hours and coordination from hundreds of artists and engineers. Consumer demand for more content has also required studios to onboard talent from around the world, who then require high-powered workstations, specialized software, and high-speed storage and networking. All these constraints can result in production delays, increased expenses, and lost opportunity for content production studios.

Cloud-based systems like Amazon Nimble Studio allow remote teams from around the world to easily onboard and get access to any required amount of high-performance infrastructure for only as long as needed, without having to procure, set up, and manage local workstations, file systems, and low-latency networking. Amazon Nimble Studio supports both the Windows and Linux operating systems so that artists can work with their preferred third-party creative applications. Additionally, studios can use custom software applications and bring them into Amazon Nimble Studio via Amazon Machine Images (AMIs), ensuring a seamless migration from on-premises to cloud infrastructure.

“Amazon Nimble Studio is going to change the way customers produce content using a cloud-based production pipeline,” said Kyle Roche, Head of Content Production Tech, AWS. “To date, studios struggle to keep up with the ever-increasing demand for creative content, which has driven an exponential increase in the computing power required to produce content—hastening obsolescence of workstations and straining on-premises storage and rendering capacity. We are excited to announce Amazon Nimble Studio, a transformational new service for the creative community built for the cloud to make it much faster, easier, and less expensive to produce the content that consumers want to watch.”

Organizations using the service include: