AWN Giveaway: Win A Free Copy of ‘The Legend of Korra: The Complete Series’ on Blu-ray!

Win the eight-disc Limited Edition Blu-ray collection containing all four books of the fan-favorite series from Nickelodeon along with a plush Naga the polar bear dog! 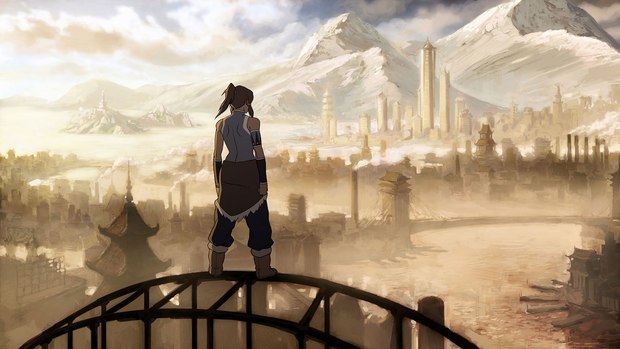 In celebration of the Limited Edition Blu-ray release of The Legend of Korra: The Complete Series on December 13, AWN is giving one lucky winner their very own copy of the box set, along with a plush version of Naga, the polar bear dog! With all four books of the fan-favorite series, this eight-disc collection contains every pivotal Korra moment. From meeting Avatar Korra -- a teenage girl from the Southern Water Tribe -- in Book One, to Korra embarking on a groundbreaking journey of self-discovery and restoring balance to the Earth Kingdom in Book Four, every Korra battle and adventure is now available in one place. To enter your chance to win the Limited Edition Blu-ray release of The Legend of Korra: The Complete Series, email info@awn.com with the subject heading “Legend of Korra Giveaway” with your full name and mailing address. One lucky winner (sorry folks, U.S. residents only) will be chosen at random, and will be notified via email. The deadline for entries is 5:00PM Pacific on Tuesday, December 13.