AWN Giveaway: Studio Ghibli’s ‘When Marnie Was There’ Prize Pack

The second feature from ‘The Secret World of Arrietty’ director Hiromasa Yonebayashi begins its U.S. theatrical run in New York and Los Angeles on Friday, May 22. 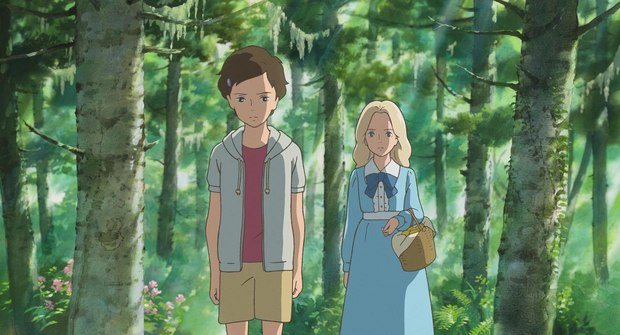 Just in time for the U.S. theatrical release of Studio Ghibli’s latest feature, When Marnie Was There, AWN is giving one lucky reader a prize pack featuring a bunch of awesome merch -- including a pocket watch, colored pencil set with sharpener & eraser, brooch, notebook, charm with tin case, postcard set and folders -- courtesy of GKIDS.

To enter your chance to win the When Marnie Was There prize pack, email info@awn.com (link sends e-mail) with your full name and mailing address. One winner will be chosen at random, and will be notified via email. The deadline for entries is 5:00PM Pacific on Tuesday, May 26. Based on the British children’s novel by Joan G. Robinson, When Marnie Was There is the second feature from The Secret World of Arrietty director Hiromasa Yonebayashi. The animated movie tells the story of Anna, a troubled young girl who finds herself drawn to a mysterious girl appearing in the window of an abandoned house.

Sent from her foster home in the city one summer to a sleepy town by the sea in Hokkaido, Anna dreams her days away among the marshes. She believes she’s outside the invisible magic circle to which most people belong -- and shuts herself off from everyone around her, wearing her ‘ordinary face.’  Anna never expected to meet a friend like Marnie, who does not judge Anna for being just what she is.  But no sooner has Anna learned the loveliness of friendship than she begins to wonder about her newfound friend…