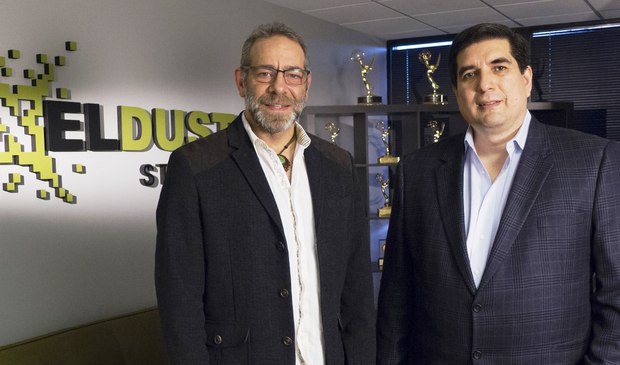 Over the past 25 years, Andrade and Cumbo have forged a close friendship, which began when they first worked together producing indie films, live events and studio based programming. Having steadily collaborated throughout the years, Cumbo's new addition to the Pixeldust team positions the company to now grow its original production capabilities. Pixeldust’s goal is to produce original TV series and specials for broadcast, SVOD’s, and sponsored content, as well as continue creating original VR-360 and AR content, and live stream programming.

Cumbo brings a decade of experience as an Executive Producer and Showrunner to Pixeldust, which enjoys a rich history of producing short form content and award winning animation and motion graphics for high profile broadcast, cable and streaming television properties airing around the world.

“Lawrence and I have enjoyed a remarkably successful relationship for more than 25 years now. He is the ideal executive to be joining our company as we seek to expand our original productions and our Entertainment Division,” said Andrade in making the announcement. “During the past two years, we have become extremely excited about the success of this division, which has produced original, high-end content for high profile and rather intricate television series. Now with Lawrence joining us, we are positioned for huge growth in the development and production of original television specials and series especially designed for SVOD streaming outlets. Right now, we are actively on the lookout for new material, and we believe our unique, full-service production capabilities will continue to shine as we work to evolve our Entertainment Division.”

“Pixeldust has long been an industry leader in animation, innovation and entertainment. By joining the Pixeldust team, I envision leveraging over a decade of success into a multi-vertical media content provider in the global marketplace,” adds Cumbo. “Fortunately for me, the company already garners tremendous success with its client base and hive of talent in its studios in DC and New York. Ricardo and I embrace the changing landscape of original content and distribution. We’ve been doing it our whole careers, and now is the perfect time for us to join forces during this exciting evolution in our industry.”

Pixeldust’s work for CuriousityStream to date has included providing live action footage, high-end animation, and all production content for that SVOD’s new series Ancient Earth, for the series A Curious World, now in its third season, and for the first season of the series The Bronze Age.