Stop-motion animated film based in Derbyshire Mill launches Indiegogo campaign to raise £10,000 for their captivating short film about energy. 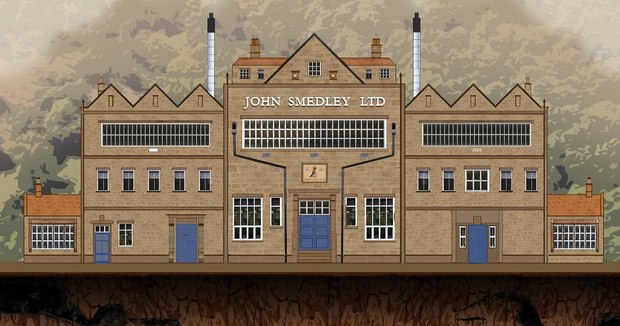 DERBYSHIRE, UK -- The team behind the new animated film, The Rumour Mill, have launched an Indiegogo campaign to raise £10,000 for their captivating film about energy. The film is a unique stop-frame animated short that aims to ignite public interest in a debate around the future of energy. This is a subject that has become a passion for Director, Bexie Bush and something she believes art and film should play a big part in. The team includes film Producer, Chris Hees whose previous animation film, The Bigger Picture, went on to global success and won the 2015 BAFTA for Best British Short Animation as well an Oscar nomination. His love for strong storytelling techniques within animation is one of the reason he joined the project. “There is something magical about animation, it’s a lot more accessible than just words. Animation can reveal the soul of an important subject,” commented Bush.

“Our technique is actually what makes our film expensive but it is an incredibly important part of animation, and I know firsthand that the most powerful techniques can really make a difference to a film’s success,” added Hees.

In 2015 The Open University invited Bush to attend a two-week residency as part of the Stories of Change movement. This brought the animation director closer to the world of energy, it allowed creatives to mix with academics and it became a place to discuss new ways of working together to help fuel debate. It is during this period that Bush found the inspiration for her film, an idea embraced by the Open University for being exactly the sort of project they wanted to support. “Bexie’s stunning work pushes past complex and wearying debates about energy transition and invites people to think afresh about where we’ve been and where we are going,” remarked Joe Smith, Open University.

The animation team are now based in John Smedley’s Factory on the Derwent Valley River. As well as using one of the rooms as a studio space the factory staff have also added their voices to the film, making the subject accessible and authentic.

Bush’s previous film, Mend and Make Do (winner of BAA Public Choice), was a heartfelt stop-motion film with a mix of techniques. The Rumour Mill will include the production of 24 miniature sets in a stop motion animated film with a depth enhancing twist; a mixture of pixilation, cut out animation and object animation. This film is about the beat of the Mill and how the objects and energies of the past can relate to our future. Animation is used to express imagined ideas through metaphor and imagery. The sets are designed and engineered to move and change to work interactively like a puzzle which can be solved. The techniques come together to add layers of depth and take an audience on a tactile journey as they hear the John Smedley’s staff discussing the future of energy while the images go through a visual story of how a jumper is made in the Mill.

Being part of the Stories of Change: Future Works has allowed the team to gain incredible support from The Open University has moved the film from design through to the practical build stage. With a little further to go the team is building their community via Indiegogo.