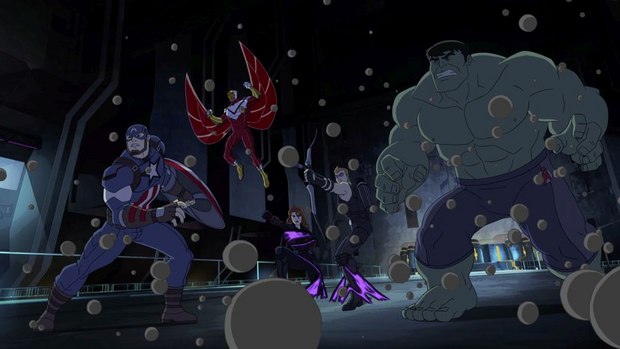 Earth’s Mightiest Heroes unite once again to fight the foes no single hero could withstand alone in the fourth season of Marvel’s Avengers: Secret Wars with a one-hour premiere on Saturday, June 17, at 11:30am EDT on Disney XD. The series will also be available on the Disney XD App and VOD (12:01 am EDT). Disney XD will also present a series of six shorts featuring the newest Avengers -- Captain Marvel, Black Panther, Ms. Marvel, Ant-Man, Wasp and Vision -- in a flashback sequence that introduces their powers, beginning Friday, June 2, on Disney XD, the Disney XD App, Disney XD YouTube and VOD.

Picking up right after the events of season three “Ultron Revolution,” the fourth season finds Tony Stark trapped in another dimension. While the Avengers muster all their knowledge and strength to try and find a way to bring him back, they are attacked by a new Cabal of villains who scatter the mighty heroes across space and time.

The multiplatform schedule is: