NEW YORK -- Nickelodeon's fan-favorite animated series Avatar: The Last Airbender is now available in this exclusive 16-disc special collection which features every episode from all three seasons of the hit show.

Avatar: The Last Airbender: The Complete Series contains all 61-original episodes that aired from 2005-2008 -- more than 24 hours of episodes -- as well as hours of bonus features. With Behind-the-Scenes and Making Of... featurettes, audio cast commentaries, and more, there is no shortage of Avatar fun in this one-of-a-kind collection.

Produced by Nickelodeon Home Entertainment and distributed by Paramount Home Media Distribution Avatar: The Last Airbender: The Complete Series is available on DVD October 6, 2015 for a price as low as $30.00.

Launched in February 2005, Avatar is an animated comic adventure set in a fantastical Asian world.  This epic story follows the journey of twelve-year-old Aang, a reluctant hero who must lead the fight against the evil Fire Nation to restore balance in his war-torn world. The world is divided into four nations: Water, Earth, Air and Fire. Within each nation is an order of masters who possess the ability to manipulate their native element. They call themselves Waterbenders, Earthbenders, Airbenders, and Firebenders. The most powerful bender in the world is the Avatar, the spirit of the planet incarnate. 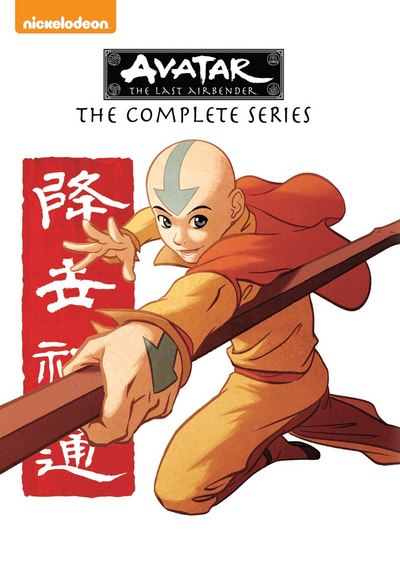