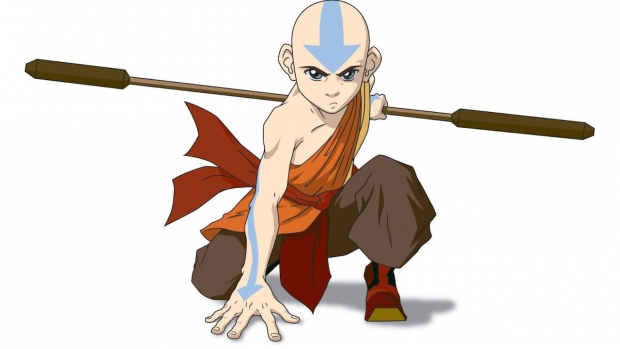 We may have another M. Night Shyamalan situation on our hands. Early Wednesday morning, Avatar: The Last Airbender creators Michael Dante DiMartino and Bryan Konietzko revealed that they are no longer attached as showrunners / executive producers on Netflix’s live-action adaptation of their beloved animated kid’s series that originally ran on Nickelodeon from 2005-2008. This comes as a big blow to fans, who have been looking forward to the creator-approved adaptation since it was ordered by the streamer in 2018.

DiMartino writes in an Open Letter on his blog, “In a joint announcement for the series, Netflix said that it was committed to honoring our vision for this retelling and to supporting us on creating the series. And we expressed how excited we were for the opportunity to be at the helm. Unfortunately, things did not go as we had hoped." Making sure to clarify, DiMartino continues with, “this was not a simple matter of us not getting our way. Mike and I are collaborative people; we did not need all the ideas to come from us. As long as we felt those ideas were in line with the spirit and integrity of Avatar, we would have happily embraced them. However, we ultimately came to the belief that we would not be able to meaningfully guide the direction of the series."

Konietzko followed up with his own statement on Instagram, explaining why he and DiMartino regrettably had to step away from the project due to an unsupportive environment.

Well, friends... there you have it. Big sigh. I’m sure many of you will understandably want to know more and will ask me questions in the comments, here and on subsequent posts and live-streams and in-person encounters and everywhere else ad infinitum. I wish I could explain things in greater detail, but the above statement is really all I can say about the matter so I won’t be answering any of those. I encourage you to head over to my partner Michael DiMartino’s account to get his take on our departure too: @mike_dante_d Thank you from the bottom of my heart to all of the Avatar: The Last Airbender fans, and I’m sorry our involvement in the live-action project did not work out. Time to get on with my life. Onward and upward. Love, Bryan #avatarthelastairbender #cocreators #michaeldimatino #bryankonietzko #bryke #atla #liveactionseries #netflix

While both creators announced their disspointment with grace, it’s bittersweet: we’ll still get to see a highly anticipated show, but with the knowledge that it was produced without the original creator’s vision or blessing. DiMartino states, “Netflix’s live-action adaptation of Avatar has the potential to be good. It might turn out to be a show many of you end up enjoying. But what I can be certain about is that whatever version ends up on-screen, it will not be what Bryan and I had envisioned or intended to make." Hmmmmmm.

If you want to consume some Avatar content that certainly would get the Dimartino / Konietzko stamp of approval, watch this 3D recreation of the first 11 seconds of the show’s iconic opening credits, done by CG lighter Jacob E. Mann.

This was such a blast!! We remade the in Avatar: The Last Airbender opening in 3D! pic.twitter.com/eHzRlW3gbe

You can watch all three seasons of Avatar: The Last Airbender now on Netflix or DVD. The series sequel Legend of Korra is due to drop on Netflix on August 14th.