‘Avatar: The Last Airbender’ and ‘SpongeBob SquarePants’ Podcasts on the Way 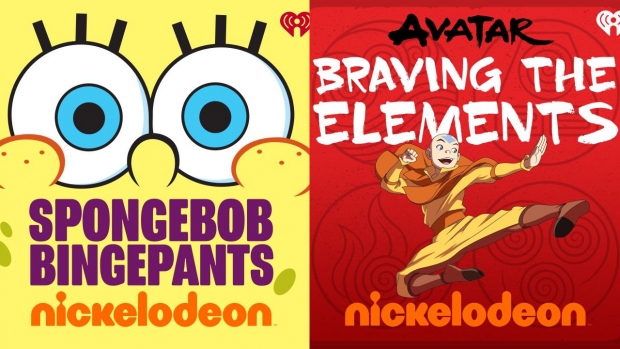 Nickelodeon and iHeartRadio are extending the worlds of Avatar: The Last Airbender and SpongeBob SquarePants with two original podcasts for fans who grew up on the franchises. Hosted by original series voice actors Janet Varney (Korra) and Dante Basco (Prince Zuko), Avatar: Braving the Elements will explore the Avatarverse, while super-fans Frankie Grande and Hector Navarro will take fans down to Bikini Bottom with SpongeBob BingePants. These companion podcasts will be available on iHeartRadio and wherever else podcasts are found starting this summer. The news was announced during ViacomCBS’ presentation at the IAB Podcast Upfront.

“The family podcast market is still nascent, and we’re thrilled to be working closely with our good friends at iHeartRadio producing exciting new content for all audio platforms,” commented Douglas Rosen, Senior Vice President, Strategy, Business Development and Digital Products, Nickelodeon. “Not only are we extending our beloved franchises and IP to the audio landscape, but we’re also working with creative talent to produce new ideas and concepts for all audiences.”

“We’re thrilled to be partnering with the team at Nickelodeon to bring such incredibly fun shows to audiences everywhere,” added Will Pearson, Chief Operating Officer of the iHeartPodcast Network. “I’m not sure you could pick two better franchises to kick things off, and there’s much more to come. We can’t wait for fans to hear these shows.”

Additional podcasts featuring popular Nickelodeon titles are currently in development and will be announced in the coming months.

The first podcasts to be released are:

Avatar: Braving the Elements and SpongeBob BingePants are distributed by the iHeartPodcast Network.