All five Oscars best visual effects nominees used software made by the company, whose employees also were honored by the Television Academy and at the Sci-Tech Awards. 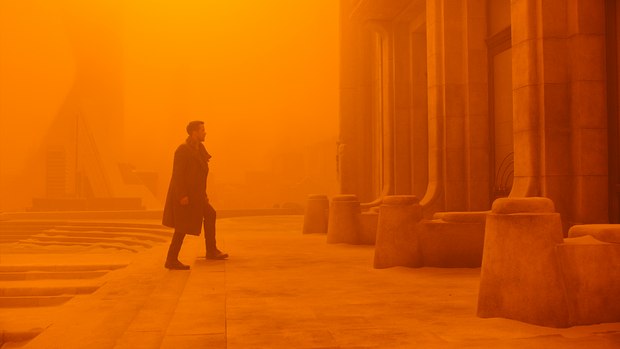 'Blade Runner 2049' and the four other nominees for best visual effects at the 2018 Oscars used Autodesk tools.

SAN FRANCISCO -- For the 23rd consecutive year, visual-effects artists used software from Autodesk, Inc. to bring many of 2017's most memorable films and TV shows to audiences worldwide, including this year's five nominees for the best visual effects Oscar.

Autodesk also celebrated the accomplishments of the Shotgun Software team, whose work was recognized with an Engineering Emmy from the Television Academy, as well as senior software engineer Hans Rijpkema, who received a Scientific and Technical Achievement Award for his contributions to technology developed during his time at Rhythm & Hues visual effects and animation studio.

In the Academy Awards Best Visual Effects category, all five nominated films -- Blade Runner 2049, Guardians of the Galaxy Vol.2, Kong: Skull Island, Star Wars: The Last Jedi and War for the Planet of the Apes -- were created with help from Autodesk tools. Thousands of talented artists working out of visual effects studios across four continents produced outstanding visuals for all five films. Autodesk software was integral to work spanning previsualization, visual effects, virtual cinematography, post-production, color grading and beyond.

Each year, the Television Academy recognizes individuals, companies or organizations for innovative engineering developments that “materially affect the transmission, recording or reception of television.” This past October, the Shotgun team was awarded an Engineering Emmy for building a collaborative platform which helps creative teams around the world get hundreds of episodes of top TV shows to air, including: Game of Thrones, The Americans, Quantico, Ballers, Scandal, Outlander, Black Mirror, A Series of Unfortunate Events, Agents of S.H.I.E.L.D., Cosmos, Legion, Fear the Walking Dead, The Flash, Hawaii 5-0 and many others.

The Academy of Motion Picture Arts and Sciences hosts an annual awards ceremony that honors triumphs demonstrating “a proven record of contributing significant value to the process of making motion pictures.” This year, the Academy recognized Hans Rijpkema as he received a Technical Achievement Certificate alongside Joe Mancewicz and Matt Derksen for the design, architecture and implementation of the Rhythm & Hues Construction Kit rigging system.