Produced by Flying Bark Productions, CG-animated feature ‘Blinky Bill – The Movie’ picked up by Delta Films in Peru) and Myndform in Iceland. 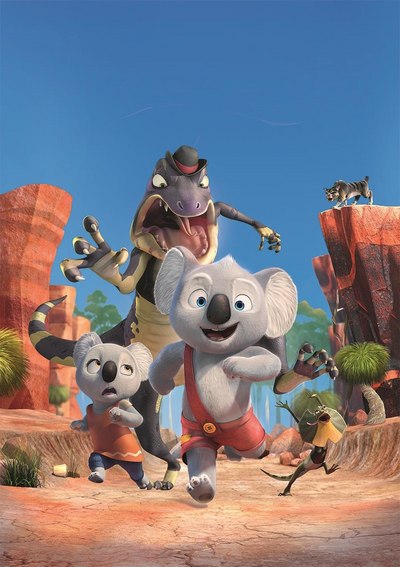 MUNICH -- International film sales company Studio 100 Film has signed agreements with Delta Films (Peru) and Myndform (Iceland) for the rights to the CGI feature film Blinky Bill – The Movie.  Delta Films has acquired the theatrical, TV and home video rights for a variety of Latin American countries such as Peru, Ecuador, Bolivia, Costa Rica and Chile, while MYNDFORM has secured the theatrical, TV and home entertainment rights for the Scandinavian territories. Blinky Bill – The Movie is produced by Flying Bark Productions (Australia) in co-production with Assemblage (India) and Telegael Teoranta (Ireland) and in association with Screen Australia and Screen New South Wales.  Munich-based Studio 100 Film is the worldwide sales agent.

“We are excited about this first collaboration with both, Delta Films and Myndform.  To partner with such renowned distribution companies now allows Australia’s favorite Koala Blinky to travel to Latin American and the Scandinavian territories and reach an even broader audience,” said Thorsten Wegener, Director Business Operations of Studio 100 Film.

“With over thirty years of experience in distribution Myndform is always looking for a partner like Studio 100 that supplies quality animation like Blinky Bill – The Movie,’” says Gunnar Gunnarsson, CEO of Myndform.

“Blinky Bill – The Movie is based on the 1930’s Australian book series by Dorothy Wall and is considered an iconic children’s classic.  A small koala with a big imagination, Blinky is an adventurer at heart who dreams of leaving the little town of Green Patch and following his explorer father’s footsteps.  Blinky embarks on a journey that takes him beyond the boundary of Greenpatch in the wild and dangerous Australian landscape in his quest to find his missing father.  He quickly makes friends with Nutsy, a zoo koala, and Jacko, a nervous frill-necked lizard.  Pursued relentlessly by a vengeful Cat who has a personal score to settle with Blinky, the trio must learn to work together if they ever want to survive the rugged Australian landscape and find Blinky’s father!