Created to discover emerging talent and help launch graduates into careers at the world’s top studios, over the past six years The Rookies has placed more than 70 young artists with internships at companies such as Weta Digital, Double Negative, The Mill, Gameloft, Crytek, Framestore and Epic Games. 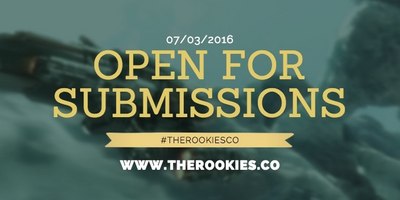 SYDNEY -- The Rookies was created to discover and showcase the outstanding talent emerging from higher education facilities and help launch graduates into careers at the world’s top studios. Over the past six years the team from The Rookies has placed over 70 young artists with internships at world leading studios such as Weta Digital, Double Negative, The Mill, Gameloft, Crytek, Framestore, and Epic Games.

With a strong legacy in Visual Effects, Animation, and Gaming industries, the team has recently expanded to introduce ten new categories. The Rookies now includes categories from “traditional to tomorrow” which is an exciting step in the company’s evolution as they position themselves as the “Oscars for young creative minds.”

“We are really excited about the introduction of the new categories this year. There is so much undiscovered talent out there, and I strongly believe The Rookies is the greatest opportunity currently available for recent graduates to showcase their skills and get their careers on the fast track,” commented Andrew McDonald, co-founder of The Rookies.

“People are genuinely shocked when they discover how amazing the student work is these days, even after six years we are still constantly blown away with the quality and diversity of young talent,” added Alwyn Hunt, co-founder of The Rookies.

To be eligible to enter, participants must 18 years or older, and have attended a certified higher educational training facility such as universities, academies, colleges, and institutes of technology, between January 2015 and May 2016.

Though the United Kingdom and United States still lead the way in submissions, with almost 40% each of the total entries, the 2015 Awards received entries from over 60 different countries. The Rookies is supported by some of the world's smartest companies: AMD, Vimeo, Wacom, Creative Market, Envato, G-Technology, Sketchfab, Chaosgroup, Luxion, Escape Motions, Mediatemple, and Houdini.