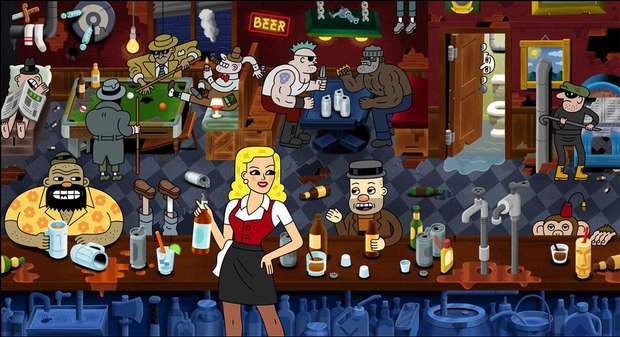 The Adventures of Drunky follows Drunky (Rockwell), a barfly who finds himself in the middle of a cosmic bet between God (Tambor) and the Devil (Coogan) over the fate of the Earth. With his life destroyed, Drunky must travel through Heaven and Hell to rescue the girl he loves (Arianda) and save the world. Assisting Drunky on his quest are an alley cat (Tyler The Creator) and a demon (Attell).

The film is being directed by Aaron Augenblick from his original concept. Lisa Thomas and Kris Wollinger of Augenblick Studios will produce along with James Belfer and Daniel Shepard of Cartuna. Peter Lengyel and Adam Belfer will executive produce. The screenplay was written by Aaron Bergeron.