Aubrey Plaza, Craig Robinson Among Cast Additions for ‘The Ark And The Aardvark’ 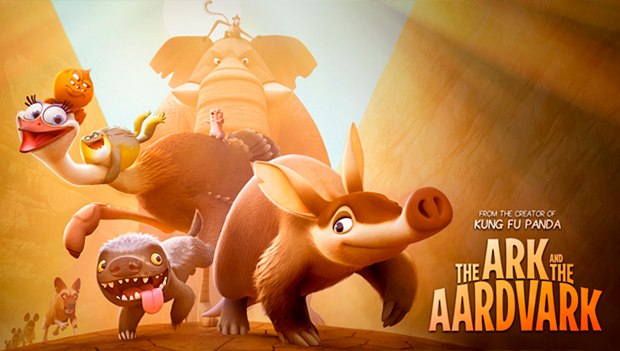 Unified Pictures announced Sept. 14 the casting of Aubrey Plaza (Ingrid Goes West, Legion) as the ever-smart Brain the Spider, Jenny Slate (Zootopia, The Secret Life of Pets) as Mitzi the narcoleptic Ostrich, Craig Robinson (Ghosted, The Office, This is the End) as the mansplaining Bullfrog, Rob Riggle (21 and 22 Jump Street, The Hangover) as The Todd the elephant, and Stephen Merchant (Logan, Hello Ladies, The Office) as the wise old Croc, who are joining the previously announced Miles Teller (Whiplash), Gilbert the Aardvark, as voice talent for their upcoming animated film feature, The Ark and the Aardvark.

The Ark and the Aardvark tells the story of an outcast aardvark by the name of Gilbert (Teller), who becomes the reluctant leader of a ragtag group of misfit animals that need to be led to the mighty ark before the impending flood. Along their journey, they band together to conquer unforeseen disasters, and ultimately, Gilbert discovers within himself the inner strength and ingenuity to prove that in a world of twos, anybody could be the one … even a lowly aardvark.

“Creating a timeless animated film requires incredible voice talent. It is the bedrock on which great character animation is based. By pairing Aubrey Plaza as Brain the spider and Jenny Slate as Mitzy the ostrich, I feel we have the makings of a classic comic duo. Adding to the fun we have the baritone bluster of Craig Robinson playing Clyde the bullfrog, Rob Riggle’s hilarious banter as The Todd the elephant, and the wry humor of Stephen Merchant as a killer crocodile. We already struck gold with Miles Teller and his unique mix of sarcasm and innocence to play our lead character, Gilbert the aardvark. We have a great story to tell, and a great cast to bring it to life” said Stevenson.

“Miles, Aubrey, Jenny, Chris, Rob, and Stephen, are such comedic geniuses. Under the creative direction of John Stevenson, the unique characters of our film will spring to life onscreen and make a perfect film for both kids and adults alike,” added Kjarval.

Serving as Executive Producers on the film are Ben Ruffman and Steve Goldstein of Unified, Wayne Godfrey and Robert Jones of The Fyzz, and Kitt Watson of Watson Enterprises.

Craig Robinson is represented by UTA and 3 Arts Entertainment.

Stephen Merchant is represented by WME Entertainment and Nelson Davis.