Attend a WIP Screening of Nina Paley’s ‘Seder-Masochism’ in NYC!

Director of ‘Sita Sings the Blues’ to present a work-in-progress screening of her forthcoming animated feature based on the story of Passover. Independent animation distributor GKIDS is set to host a benefit event for the “insanely talented” Nina Paley with a work-in-progress screening of her new animated feature, Seder-Masochism, at the IFC Center in New York City on Thursday, April 21, the day before Passover.

Currently in production, Seder-Masochism is Paley’s second feature film. Like its predecessor, Sita Sings the Blues, it’s an animated musical -- but this time it’s based on the Passover story told in the Book of Exodus. In spite of being an irreverent atheist, Paley is also a card-carrying Jew, entitling her to make scenes such as the now-famous “This Land Is Mine.”

The event will include 40+ minutes of the core musical sequences of Paley’s feature-film-in-progress -- animated in Flash -- an extended Q&A with the filmmaker, and tax-deductible tiered tickets for rare items such as an Angel O' Death t-shirt, signed prints, and even an on-screen credit in the completed film.

Following the WIP screening there will be a public screening of Sita Sings the Blues. You can grab tickets, which start at $20 and must be purchased in advance, HERE. 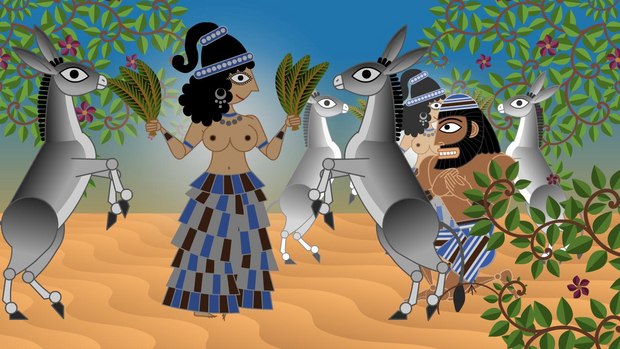