AT&T to Spin Off WarnerMedia in Merger with Discovery

The $43 billion deal calls for creation of a new company, Warner Bros. Discovery, that will aim to outflank Disney and Netflix in the streaming space. 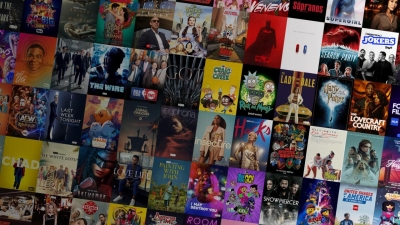 AT&T shares are down nearly 5% today, following the company’s decision to spin off, rather than split-off, WarnerMedia to merge its media properties with Discovery and cut its dividend nearly in half.

The $43 billion transaction will spin off 100% of AT&T’s interest in WarnerMedia to AT&T’s existing shareholders in a pro-rata distribution. The merger between WarnerMedia and Discovery will give way to a new company, Warner Bros. Discovery (WBD). The deal is expected to close in the second quarter of 2022.

CEO John Stankey said during last week’s AT&T Q4 earnings call that the board was still weighing its options on whether to spin off WarnerMedia or do a split-off, which would give the company the option to exchange its shares for stock in WarnerMedia-Discovery. Ultimately, AT&T opted for a spin off, even as analysts warned that the company’s retail-focused investors may be uninterested in owning a piece of the newly formed merger. Following the move, AT&T shareholders will own 71% of WBD, receiving 0.24 shares of WBD per AT&T share they currently own.

For the entertainment industry landscape, the move means that WarnerMedia is more poised than ever to compete with Disney and Netflix for streaming supremacy. Discovery’s lineup, which features the Cooking Channel, Food Network, and Travel Channel, will now exist under the same roof as IP giants Batman, Game of Thrones, and Harry Potter.

Discovery CEO David Zaslav told CNBC that his goal is to hit “2-, 3-, 400 million homes over the long term” -- twice the amount of subscribers currently boasted by Netflix. Even prior to the merger, WarnerMedia’s key holdings - Warner Bros., HBO, CNN, DC Comics, among others – control rights to the kinds of pop culture hits that incentivize subscriptions. Now, with the property roster Discovery provides, the company will be in a better position to retain those new subscribers, as its content library will include the non-fiction and infotainment content that typically performs well on streaming platforms.

WBD’s board will have 13 members, seven of which were appointed by AT&T. Discovery has designated six members, including Zaslav. On March 11, AT&T will host a virtual investor conference to provide further insight into its financial and operational performance once the deal has closed.