Atomic Brings ‘The Last Kids on Earth’ To TV

Author of hit kids book series will write and executive produce the series. 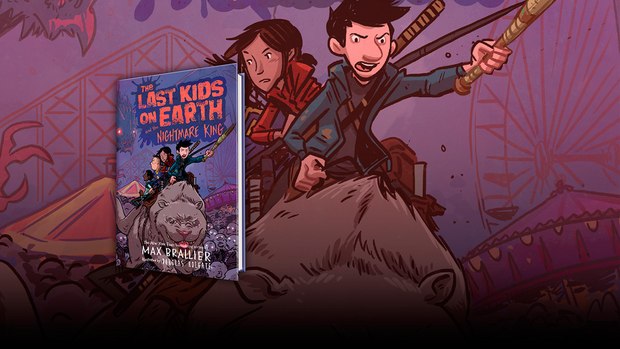 Max Brallier’s book series ‘The Last Kids on Earth’ is being produced as an animated television series by Atomic Cartoons.

Brallier will write the animated series and executive produce alongside Atomic’s Jennifer McCarron and Matthew Berkowitz. Atomic is already at work with Brallier on bringing The Last Kids on Earth to screens everywhere.

The comedic book series, created and written by Brallier and illustrated by Doug Holgate, follows 13-year-old Jack Sullivan and a band of suburban middle schoolers who live in a decked-out tree house, play video games, gorge themselves on candy and battle zombies in the aftermath of the monster apocalypse. It’s a series filled with wisecracking kids, crazy gadgets, and a lifetime supply of zombies and giant-sized monsters that has been described as Diary of a Wimpy Kid meets The Walking Dead.

The series’ highly anticipated third installment, The Last Kids on Earth and the Nightmare King, will be released Sept. 26th by Viking, an imprint of Penguin Random House.